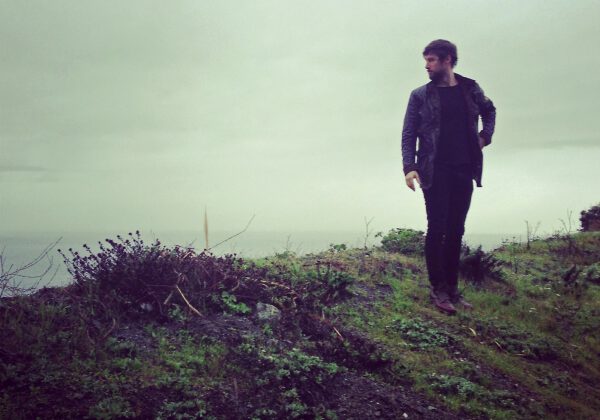 Summer is well-known for pop songs ruling the radio, thumping those catchy hooks in your head. But for those looking for something new and even better to crank up while you’re driving around, I highly suggest Cavalier King’s The Sun Revolutions. Produced and performed entirely by himself in his apartment, Chris Taylor has developed through his alter-ego an extremely impressive concept album.

It’s a short album, but an utterly satisfying one. Each listen uncovers new gems, and if you’re hesitant to dip your toe into the pool of new indie music, this is perfect for you. Many reviews of The Sun Revolutions make note of the easy comparisons of Taylor’s music to better-known artists. While in the hands of a lesser artist those comparisons would be called rip-offs, but here Cavalier King takes those styles and really makes each one his own, if only for a few minutes of melody. “Renegade” rocks you right into a Franz Ferdinand tune, and kicks off a solid turn of the utterly addictive trio of “Sun Revolution,” “The Unprotected,” and “Angels of Mars.” It slows down and softens with the love song “The War is On” and far less romantic “Champagne and Cocaine,” before sending you off to take on the world with “Victory.”

There is something about Cavalier King’s The Sun Revolutions that begs to be heard live. From the first moment I popped it in, I’ve had this underlying craving to be in a space filled with Taylor’s music reverberating in my veins – and lucky for me, and the rest of us in the NYC area, as he’s doing a residency at Club Midway, performing each Wednesday in July. He answers a few questions about his residency shows, The Sun Revolutions and the importance of flower arranging.

1. For your first album, did you find it more difficult or easier to write The Sun Revolutions as a concept album?

It sort of just manifested that way on its own. The Sun Revolutions is the mythical mindset with which I wrote most of the songs.

2. Do you find that it’s easier to say things as Cavalier King?

Not necessarily easier, but definitely more fun. As Cavalier King, I can ‘sling silver arrows and wield golden shields,’ for example.

They all kind of blur together because all the songs are autobiographical, but there are certainly several that could stand outside the Cavalier King theme. “The Unprotected” and “Victory” are two songs that could easily speak for anyone, not just my mythical sci-fi warrior. Those two songs are really for all of us alienated suburban/urban drones who must constantly suppress our inner freaks to conform to the mediocre standards of achievement our society dictates and to maintain the pretense that we are all happy and normal.

4. Songs on The Sun Revolutions have been compared to a multitude of artists, but is there a particular songwriter/performer that you would like to delve into and play around with their style that you haven’t yet? Is there a comparison that you see that no one’s yet made?

I am influenced by many people, many of whom aren’t even musicians, (most of whom are dead) like Alexander Hamilton & Gandhi… so I’m not really interested in any one style or artist, maybe just legendary status. My inspiration derives from great political leaders throughout history, from those most ambitious and charismatic people who have compelled their peers to excel, commanded the loyalty of millions, and effected great improvements in society as public servants.

5. If you could have one musician join you for a night, who would it be? Would you cede to them the floor for the requisite 10-minute solo jam?

Bjork. And I would give her whatever she wants.

6. All through July, you have a residency at Club Midway – how do your shows change from week to week? What’s the biggest difference in playing different cities and audiences in the course of a month and having a set venue?

Because of the unusual nature of my project (having written and performed everything myself on the record), I enjoy the company of different back-up musicians nearly every gig… so it’s always an experiment.

7. How would you describe one of your shows?

8. Ever think about including dance moves for some of your songs? How about back-up dancers? Would they have a particular costume for The Sun Revolutions songs?

That’s a great question. Yes, I have always wanted a whole line of back-up dancers in outrageous costumes performing wild movements in unison. Do you know any dancers?

10. What is the strangest phobia you have?

Fear of not getting a terminal illness.

11. It seems like everyone loves a trendy bandwagon to jump on – what’s your favorite, and your most-hated bandwagon?

12. I read that you were a nomad of sorts, trekking from city to city. What was your favorite place? What inspired you the most?

I really love the desert. I lived in the southwest for a couple years. The alien landscape still haunts me when I imagine the post-apocalyptic wasteland for which we are all destined.

13. What’s your favorite song to shake your booty to when you think no one is watching?

I appreciate anything finely crafted, but I think music is more spiritually satisfying insofar as it is ephemeral and elusive – that is, it’s gone as soon as it happens. However, our visual senses predominate over the others in our daily lives – ‘a picture is worth…’ – and so I don’t mean to trivialize the profound impact a picture can have. Maybe pictures and music together are the most fulfilling… I guess I should go to film school.

16. A lot of fans tend to call out their musical requests as a band is playing. Do you take requests or does it screw with your musical Zen?

Yeah, I used to play covers in homage to my musical heroes, but now I just play my own stuff ’cause they’re my own words and my own message.

17. Your bio says that you “can be found arranging flowers while dreaming up songs or pondering mortality.” What is it about flowers that evokes thoughts and inspires you? Do you have a particular flower you favor, or one that you can’t seem to work with no matter how hard you try?

Flowers don’t really induce my thoughts. But, arranging them affords me the meditative luxury to dream about other worlds while mindlessly designing color and form to make people happy.

I can work with anything, but I prefer roses.

18. You’re heading out on a cross-country trip. What songs make it on your essential travelin’ mix CD?

19. Name one moment when you looked around, breathed happily and knew you were content.

I’m an ambitious man, so I cannot remember the last time I felt content.

20. What are you most cavalier about?

Check out more of Cavalier King on his official site and myspace.