Search Results for: parks and recreation 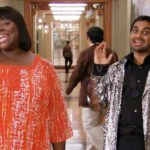 For a woman who claims that she is not into vampires, Retta is quick to discuss her very intense opinions on The Vampire Diaries, Angel and of course, Twilight. And often, those very intense and hilarious opinions on those series and other favorites are broadcast weekly from her Twitter account (@unfoRETTAble). Now, if we could only get a daily update from Donna Meagle, her … END_OF_DOCUMENT_TOKEN_TO_BE_REPLACED

Weâ€™re all just walking around her just trying to get a glimpse of Patricia Clarkson as Tammy One. Iâ€™m not even in any scenes with her, but Iâ€™m pretending that I am. Oh, flaily hands of glee! There's a sneak peek of the new Parks and Recreation season on Amazon.com. It's mostly interviews with the cast but also has a good amount of teasing for the first few episodes -- … END_OF_DOCUMENT_TOKEN_TO_BE_REPLACED 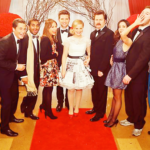 This moment was one of the most emotional for me in last nights Parks and Recreation episode, "Leslie and Ben." April (Aubrey Plaza) and Tom (Aziz Ansari) have presented Leslie (Amy Poehler) and Ben (Adam Scott) with a "Leslie and Ben (and Us!)" scrapbook, complete with City Hall nametags a la Leslie's birthday present for April … END_OF_DOCUMENT_TOKEN_TO_BE_REPLACED 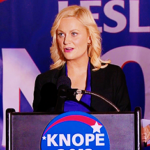 With the future of Parks and Recreation still hanging in the balance (NBC has yet to announce if it’s been renewed for a fifth season – and it's kind of killing us), it’s apt that "Win, Lose or Draw" works well not just as a season finale, but also as a potential series finale. In honor of our great love for P&R, PopGurls returns to our recapping ways (last seen in the … END_OF_DOCUMENT_TOKEN_TO_BE_REPLACED 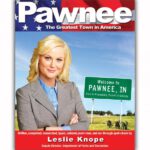 I am an evangelist. Once I find something that I like, I completely devour it and all media around it, and then set on a path of converting as many people as possible. My dedication is intense and all-encompassing and I'm sure some will call it just a smidgen psychotic. I'm okay with that. When I found out that two of my favorite causes – NBC's Parks and Recreation and The … END_OF_DOCUMENT_TOKEN_TO_BE_REPLACED