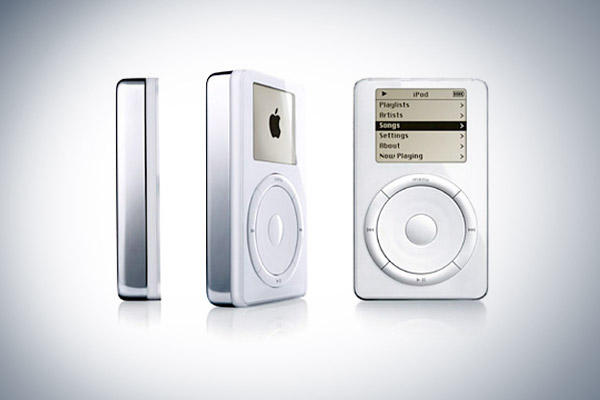 I spend much of my day being forced to listen to other people’s favorite songs. On the bus, the subway and in the elevator, my blissful personal space is continually intruded upon by those who have one thing in common – little white headphones.

I do not have an iPod. At first it was simply because I don’t listen to enough music to warrant shelling out a few hundred bucks when I’d most likely use it to play the same 20 songs over and over again. I can easily do that with a burned CD and my car’s CD player. With my newfound obsession with podcasting, I’ve been rethinking my decision to keep the cash in my pocket – although I’ve decided to hold out for a second generation video iPod. (There’s enough glitches in the first one to keep me from Early Adopter status.) However, as days pass, I’ve become more and more convinced that when I do dole out the dollars for a portable player, I’m not going to get an iPod. Not because of the technology or company itself, but because of the people who already have them.

To you, iPod users, I heave a very hearty “fuck you.”

I don’t want to hear your music. I don’t even want to hear my music all of the time. I have chosen NOT to purchase an iPod of my own because I like the quiet. I do not pay a ridiculous monthly fee for a bus pass so I can be annoyed by you, selfish little fucker. And when I’m on my way to work, I don’t want to hear what you’ve deemed the pep-me-up song of the moment. I’m relishing the last few moments I have to myself before I get inundated with e-mails and phone calls. And you took that away from me. I hate you.

Now, before I go on with my rant, I must commend the 20 percent of iPodders who actually understand the concept of respect and personal space. I wish I could say there were more than 20 percent of you, but honestly, I’m being generous with that number. Spend a day or two in the general public sans your handheld DJ and you’ll see what I mean.

The iPod (and I blame the iPod because it’s usually the folks with the white headphones sprouting from their ears that cause me such anguish each day) has become the new cellphone. Remember when they were new and people had to show HOW!IMPORTANT! they were by shouting so loudly so that everyone could see that THEY had a CELLPHONE? Yes, people still do that today but now it’s far more common for them to be chastised for their utter rudeness. But no one seems to know what to do with the loud iPodders. I do – I tell them to turn it the fuck down. Because I’m a bitch, and honestly, since they’ve shown me that they don’t give a damn about respecting me, I’m sure as hell not going to shed any tears if their feelings are hurt.

Before anyone goes pointing fingers, my very unscientific study has shown that it’s not just one genre fan that takes top prize in The Rudest iPod Fucker competition. It’s true that the scales might be tipped a little to the hip-hop side (probably stemming from a long history of SUVs and broken-down beaters crawling down city streets with obnoxiously cranked-up tunes), but the music I hear on a daily basis spans all musical types. Hipsters are just as guilty – and so easy to blame as they’re generally trying too hard to look cool anyway – as are rock and pop fans. While I love me the 80s music, I want to hear it on my own time.

I tend to get even more annoyed in elevators because it’s a relatively short ride and I feel a little silly saying something. Not that I don’t shoot the offending iPodder dirty looks. People, there’s a reason Muzak in elevators has been mocked for years and is rarely to be found these days. It’s annoying and no one wants to be imposed upon by someone else’s musical choices – be it for 10 seconds or two minutes. I once asked a friend once to turn her volume down (nicely, I swear!) and she told me that she wouldn’t, that she likes to listen to her music loud. Well, fuck you, too. Once you get in the realm of public space, personal likes and dislikes need to be modified. I like to walk around my house in the least amount of clothes possible and swear like a sailor but I ain’t doing that in the hallways of my company.

I will say, however, that a good amount of people turn the volume down immediately to a tolerable level. (By tolerable, I mean that I can’t hear it, or just catch the occasional pumping bass.) Almost as if they were completely oblivious to the blaring noises that could deafen a seasoned roadie. Maybe I’ve got it wrong. Maybe it’s not the user’s fault. Maybe there’s a some subliminal message that Apple or some ingenious hacker tweaked into the software that integrates the following message into every track: Play your music as loud as possible. You have great taste. It is up to you to be the soundtrack for everyone’s life. C’mon, you know you can play this louder. The guy six rows back in the bus can barely hear you.

It’d be nice if it were that easy and I could find the glitch and make it go away, but it’s not. Deprogramming thousands (or is it millions yet?) from their rudeness renaissance will prove to be far more involved and personal. I shall try to soldier on, tapping on shoulders and plastering on a fake smile while mentally reciting my “I hate you, I hate you, I hate you” mantra. We all have to work to change the world somehow, and if Coke can teach the world to sing, I’m up for the challenge to tell it when to shut the fuck up.