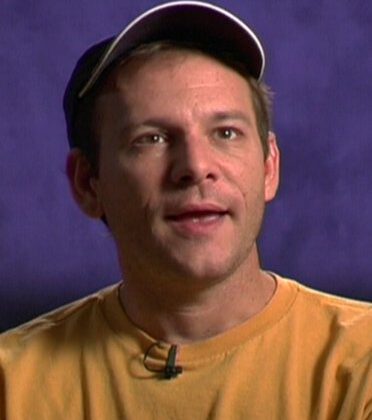 Last season, Joss Whedon brought Firefly, his latest vision to screen – this time on the FOX network. Unfortunately, it was given the kiss-of-death timeslot of Friday at 8pm. Between this and a network not particularly known for fostering its shows, it was canceled after airing only twelve episodes. After exhaustive efforts to jump ship to another network, and an immense amount of fan support, it was finally declared dead in the water by Whedon and crew.

This week Firefly comes out on DVD. With that in mind, we’ve asked showrunner Tim Minear a few Firefly-related questions.

1. We read that there were issues with the Firefly pilot, which ended up being completely re-vamped for its network airing. It was shifted from a two-hour episode which introduced the characters and gave the viewers back-story, to a single hour which jumped right into the action. Do you think this had an effect on how the show was perceived?

You’re not quite right, actually. The network did have some issues with the two-hour pilot, but anything they may have thought “slow” was addressed by Joss in some very minor reshoots and editing. Problem was, the network refused to air the pilot as the first episode (the irony being they finally did air it, but last, and after they’d pulled the plug on production). In terms of “revamping” and dropping the audience directly into the action, you might be thinking of the first episode to air, which we had to load up with exposition because of the lack of pilot introduction for the audience. And I think this had an ENORMOUS effect on the audience perception of the show. The pilot would have been a great introduction to the series, and without it I think folks were a bit at sea for the first few episodes. Also, by holding back the two hour pilot it created a kind of “stink of failure” which was unmerited.

2. There was a lot of talk about some Firefly episodes not airing in order. Whose decision was this, and did you have any say so?

Well, again I return to the pilot not airing first. This colored everything that came after it. While the network was forever trying to get us to air out of order, in the end it was my notion to pull “Our Mrs. Reynolds” up in the rotation, because I felt it had a lot of great character stuff and was spaceship-bound. This bumped “Shindig” and “Safe” down in the airing order. Our fear was that “Shindig” looked like Gone With The Wind, and again, without the pilot to elegantly introduce the hybrid western/science fiction setting, people would be confused. (And they were, by the way. The most common comment we’d see is “Why the old guns and horses?”)

“Shindig” was a fish-out-of-water story, and, without the pilot as introduction, we’d not had the chance to really set up the “fish” or the “water.” Also, the original cut of “Safe” was rather troubled and needed a whole lot of reshoots and reworking. It couldn’t be ready to air after “Shindig” if “Shindig” came early, and because “Safe” takes place right on the tail of “Shindig,” we needed more post production time on these two. This was another reason to push those two episodes and pull up “Our Mrs. Reynolds.”

3. Why did you use projectile weapons on Firefly instead of phaser/particle type weapons? We know this was supposed to be the backwards areas of the future, but come on.

Short answer, it was a western. But we also took care to show that The Alliance did have sonic rifles, lasers and the like. The two technologies existed side-by-side, like all things Firefly. Some folks could afford the expensive stuff, others, not so much. Projectile weapons existed hundreds of years ago – would they not possibly also exist hundreds of years from now? Our feeling was that, though technology advances, it doesn’t mean that it always casts off existing technology as it does so.

4. Did you and Joss see any particular Firefly character as the focal point of the show? (Mal? Kaylee?)

Mal and his boat.

5. Were Simon and River supposed to have that kind of tension?

6. What made Joss decide that Chinese would be great in a futuristic sci-fi western? It was a really cool touch but always made us wonder – what happened in the future to make Chinese a part of everyone’s language? And did the writers use authentic Chinese idioms, or just translate particularly colorful English phrases into Chinese?

The first part of your question is better asked of Joss. And we translated colorful English phrases into (probably) terribly inauthentic Chinese phrases.

7. What Firefly character did audiences respond to in a way that wasn’t expected?

Jayne. We thought he was a great character, but we didn’t expect you’d love him as much as we did.

8. How much ad-libbing occurred while shooting Firefly?

Very little, though some.

9. On the Fox.com Firefly website, there was a concerted effort to make fans feel involved in the production process. Do you think that concept is an evolutionary next step in fan involvement? Where does it go from there?

I don’t know that I’m hip enough to answer this. I do know that since we’re fangeeks, and in a position to give the cool away, we do so whenever we get a chance. For the Angel season three DVD set, for example, I personally hoarded as much cool stuff as I could for inclusion.

10. Any hints on Firefly storylines that had been considered for future episodes/seasons?

In September 2003, The Hollywood Reporter announced that Joss Whedon has been given the go-ahead for a Firefly movie to wrap up the series. Perhaps then we’ll get the rest of our answers, and fans everywhere will get a fitting end to a show killed way too soon.