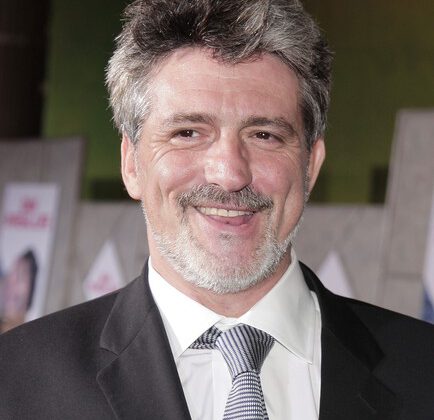 Jon Shestack is a movie and television producer with an impressive resume that includes Air Force One, The Last Seduction, End Of Days and PopGurls favorite, Bring It On. His latest in theaters now is Dan In Real Life, starring The Office‘s Steve Carell, Dane Cook, and Juliette Binoche. Next up is Ghosts Of Girlfriends Past with Matthew McConaughey and Jennifer Garner, and Escape From Planet Earth.

Jon talks to us about Dan in Real Life, what it takes to be a film producer (and what that really is, anyway) and what you’d be surprised to learn about Steve Carell.

1. What drew you to Dan in Real Life? What was the moment when you said, “Yes, I HAVE to be involved with this movie!”

Most of the movies I have worked on started out as a pitch, but this was a spec script. We heard about it on an internet tracking board, got it from the manager and then Ginny Brewer, the co-producer, read it, loved it, gave it to me, I read it that night, and the next day we sold it to Touchstone. That’s very rare.

In the initial draft the trip was to a house on the Jersey shore and I grew up in Philadelphia and have many happy memories of the Jersey shore so I was immediately drawn to it. But really, I think the script is sort of realistic about what family life is (with the truly tedious parts cut out) and there was a charm and compassion that I fell for immediately.

2. If you were telling your best friend WHY they had to see Dan in Real Life – how would you explain it?

I would say, are you a yuppie, or do you aspire to be? Are you a hipster doofus? Were you ever? Do you have kids who are? Do you like fuzzy pink drinks that make you feel better? Would you like to have a sweet time for a few hours, and feel good because even though you may not be perfect you are trying hard and gosh darnit that should count for something?

If any of this applies to you and if you can’t abide seeing people hacked up in the movies then you should go to Dan In Real Life. And bring your mom too.

Okay, that’s a bit flip. The truth is this movie fills my heart with warmth and joy. I would want any friend of mine to have that experience.

Steve actually has a tremendous proboscis. We shot a scene where he was trying to offend Juliette [Binoche] and make all the kids laugh by shoving six hotdogs in his mouth at once and he also managed to shock all the kids by jamming about a dozen peas up his nose at once. None of us could believe how much he could fit up there. I’m sorry we had to cut it. It was awesome.

4. Were you expecting Bring It On to be such a cult hit?

Not at all. We thought it would be a demi-cult hit. Like maybe a bunch of white girls would see it and that would be enough. In fact tons of white girls saw it and black girls and then because it was sort of sexy and really funny, a lot of boys went as well. I think it opened to $17 million and we would have felt very fortunate that first weekend with half of that amount.

5. Your career has really encompassed all genres of movies – but what genre are you least drawn to?

I hate really scary movies. I worked on The Blair Witch Project a tiny bit and on Book of Shadows: Blair Witch 2 more than I care to mention and I was certain I was going to die. It made me miserable.

I think that for most of us, if we wanted to be challenged we could just stay home. Movies are supposed to make you feel better. If it’s a drama, it should be like church and make you feel inspired and willing to try a little bit harder to be a better you.

6. When you’re flipping through cable channels, what movies will you always stop on – even if only to watch for a few minutes?

That is such a great question. For me it’s Goodfellas, Groundhog Day and The Fifth Element. That movie doesn’t make a lick of sense but I love it anyway. No matter if I flip on the first five or the last five minutes, I will watch those movies through to the end. (Recently I saw Shortbus, which I thought was oddly good and joyful even if it was exceptionally pervy.)

7. So really. Aside from getting your name up on the screen in the opening credits, what exactly do you do as a producer?

That is also a good question and I have been trying to explain it to my family in Philadelphia for about twenty years. The core function of a producer is in coming up with ideas, or knowing a good one when you hear one. And then matching up ideas with people, and matching up talented people with each other until there is a critical momentum, and suddenly you are making a movie. That’s the sunny version.

But on a day-to-day basis it is a humiliating combination of being an accountant, a salesman, and a high school guidance counselor.

8. What are the essential qualities of being a film producer? What skills do you HAVE to have?

It also helps if you can read well and fast, write well and fast and have seen a lot of movies and remember them.

Leadership skills are important, and you certainly have to get up early in the morning. No one is going to follow you if you are not the first one there.

9. What kind of advice would you give to anyone who wants to be a producer?

See a lot of movies, read a lot of books, be well rounded and travel. One reason a lot of movies blow is that the people who make them don’t know about anything else except movies.

Also, think long and hard about making money in another business before getting into the movie business. Very few people can make a real living and support a family over the long haul as a movie producer. There are no benefits, no pension plan, and when you are done, there are no tangible assets to sell or leave to your kids. It’s truly a very odd business for a serious person to be in.

10. You’re currently working on two new movies – Ghosts of Girlfriends Past and Escape from Planet Earth. Can you tell us a little about each?

Ghosts is a very funny take on a Christmas Carol, a story structure that is practically burned into our consciousness. This version is about love, not money, and about a man who learns (much to his surprise) that life is better with love than without it. Matthew McConaughey plays the caddish womanizer, Jen Garner is the woman who makes him come to his senses, and then there are the spirits of all the women he has ever dated. Lots of spirits.

Escape From Planet Earth is the next feature from the creators of Hoodwinked. It’s about a lovely hapless dad from another planet who must rescue his family when they get lost on Earth, the planet from which no one returns. He must break out of Area 51 with a team of knuckleheaded and demoralized aliens who have been stuck there since 1948. It’s funny and has almost no fluffy animals in it.

11. You’re the co-founder of Cure Autism Now. What is the most important thing that you would like everyone to know about Autism?

A: Thank you for asking. Autism is tough. It’s really hard on the family, but it’s mostly hard on the person with autism. Sometimes they act really weird and annoying — and here’s the thing: they know it and wish they weren’t doing it.

My son can’t say a word and flaps his fingers in front of his eyes for hours at a time. But he understands everything, has a sense of humor and the soul of a poet, and if you are patient he will communicate this by pointing to letters on a keyboard.

What I wish people would know is that what goes on on the outside, is ABSOLUTELY NOT a reflection of what is going on on the inside. That old cliché that you can’t judge a book by its cover is entirely true, and that’s what I’d want people to remember about Autism.

Property of PopGurls.com – Do Not Repost Without Permission.