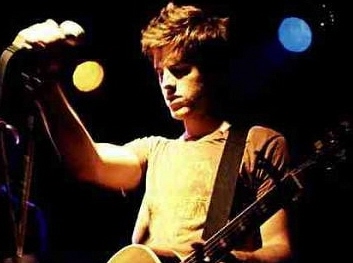 The first time I saw the Graham Colton Band, they were opening for the Counting Crows. I walked in halfway through their set, and couldn’t take my eyes off the energetic lead singer – and neither could anyone else in the room. When they were done, the half-full club clapped and screamed, even though almost no one knew who they were. This band is that good, and that fun, that even a crowd of die-hard Counting Crows fans took time out from searching the balcony for Adam Duritz’s parents (this is what happens, near the band’s hometown of Berkeley, California) to give the opening band their undivided attention.

I’ve now seen GCB four, maybe five, times. Each was as the opener for Counting Crows, and let me tell you, you can bet I’ll be seeing them this summer when they open for Kelly Clarkson. This is a band that knows how to connect with its audience even when the crowd doesn’t know the words to the songs. It’s a band whose first major-label release, Drive, is full of moving lyrics set to music so freaking catchy that you feel at home with them from the first listen. And it’s a band with a front man who knows how to work the crowd like he was born to do it.

We caught up with Graham Colton himself for a quickie during a recent east coast tour and proved what we at PopGurls have long since held as self-evident: It’s all about the grilled cheese, baby.

You’ve all been living on the road at a time when most guys your age are perfecting the keg stand and groping hot young coeds. Despite the fact that making music is what you love, do you ever feel like you’re missing out on your young adulthood?

This record, [Drive], is all about that very thing. The feeling that every six weeks or so, when I return home, something’s drastically changed. The road is so routine, you get lost in the day to day stuff and forget that back home your friends are graduating, getting jobs, and your sister is a driver now.

How has being based in Texas affected your music?

There is definitely some Texas “middle of America” twang to our sound, but we saw most of our success once we left Texas and hit the road.

Everyone worth knowing has a great story about how a Counting Crows song changed his or her life. What’s yours?

August and Everything After was the first CD I put in my car the day I got my driver’s license.

Gun to your head, what five albums are you taking to the proverbial deserted island?

What band should everyone be listening to, but no one is?

Let me re-phrase the question: My favorite [musician], to whom more people should listen? My friend Will Hoge from Nashville.

What is the concert venue that you love over any other? What makes you love it – the crowd, the memories, the acoustics, the swank dressing room?

The Hammerstein Ballroom in NYC. It’s across from Madison Square Garden and embodies the eclectic side of New York City. It is a very intimidating, yet inspiring, place to play.

The word “earnest” is used often to describe GCB vocals, performances, lyrics, etc. I suppose there are worse things than being “earnest,” but if you had the power to make the media use a different word, what would it be?

“Honest.” Whether you hate it or worship it, respect the honesty in the music, because it’s a hard thing to convey in an album no matter what anyone says.

What was the moment where you realized you were living the dream?

Opening for my heroes: Adam Duritz and Counting Crows, Jacob Dylan and the Wallflowers, and the Dave Matthews Band.

If you could choose one television show or movie to feature your music, what would it be, and what song would you want them to use?

It’d be nice if “Killing Me” could end up being a prom song in something. It definitely has mirror ball potential.

I hear that you’re a Britney Spears fan. What advice would you give her on her recent nuptials?

Do you think that fame can ever be a hindrance to a musician’s ability to make good music?

Maybe. I wouldn’t know. I know that I don’t want to hear someone singing about how much money they’ve made or their house in the hills.

Sourdough bread, butter (not too much). Cheddar cheese is always a good choice, or American. Keep it simple – I hate those fancy sandwiches. Don’t overthink it. Keep it honest, ya know?