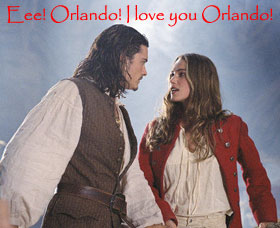 Pirates of the Caribbean: The Curse of the Black Pearl isn’t so much a movie as it’s an event – albeit a highly entertaining one. And since we all know that attending an event takes careful planning, here’s some things you should know before you get thee to the nearest theatre.

There is little doubt in my mind that Pirates will make oodles of money and spawn a franchise. There are undoubtedly many adventures Jack Sparrow can have on the high seas. There are action figures and Happy Meals to sell, dammit! And the title already has that sequel-ready colon built right in.

Plus, did I mention that it’s entertaining?