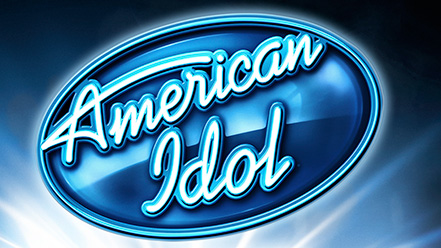 Hello PopGurls readers! I’m excited to be here; I hope you’re excited to be reading about the ninth season of American Idol, a show I have loved and loved to be disgusted with since its inception. Many thanks to Amy Popgurl for offering me this shot. I hope you’ll all be patient with me while I get my sea legs — something that I need to remind myself to be with the other newcomer, Ellen DeGeneres.

I’m not sure when — and I’m not sure that we can call it progress — I started thinking of popular TV personality and quite publicly out lesbian DeGeneres as one of the most milquetoasty people out there, but I came to her debut on the AI judges’ panel with healthy skepticism. We already have two useless judges (I think Randy Jackson is capable of offering useful commentary, but he just has decided not to); did we really need one with absolutely zero history in the music business?

Ellen addressed that (or the show found it in their interest to address it) by saying that she does know what it’s like to have to please a live audience. Which is a valid point, but not one that I’m sure helps her in any more than a general way here. What did help her was the harnessing (or, again, the show’s editors harnessing) of the corny one-liners that made of most of her commentary during her guest judge spot last summer on So You Think You Can Dance. (That, by the way, was an excruciating experience for me. It was like she had a copy of 1,001 Yuks For Every Occasion under the table.)

What also helped was the rapid-fire pacing of this first Hollywood Week episode and the instant-death nature of the first round auditions. What stands out the most about Hollywood Week is how High School Talent Audition everything seems; while it’s possible for a good number of contestants to shine doing 30 seconds of a cappella in a hotel conference room, once you put them on a real stage with a real audience, almost everyone lacks presence and charisma (or the much-touted It Factor). This round always makes me want to eliminate almost everyone and start all over.

(No frat douche in a v-neck sweater and button-down honestly thinks he’s getting through on American Idol with beatboxing, does he? I don’t even think Rahzel could advance on this show. Because it’s not about beatboxing.)

Which is fortunately why I’m not in charge or judging, and the 100 or so people lined up tonight had their fair shot. Maybe even more fair than in years past, because with so many tryouts and the show’s runtime cut down to an hour, there was hardly any opportunity to remind the audience of who the contestants were (and who the producers want us to root for) with clips of their earlier auditions. Not getting enough pre-semifinals (when the public starts being able to vote) airtime has been frequently cited by booted contestants as the reason for their unjust fate.

It’s so sad seeing these contestants so excited and hopeful about making it through the first round of the first day of Hollywood Week. Learn to manage your expectations just a little bit, Youth of America. This is not actually “your future,” it’s a game show. Or maybe very little is required to change some people’s lives.

Not that the show didn’t manage to squeeze in some advantage-gaming, as in the case of Andrew Garcia (who might possibly be a stickler for calling himself Andrew so that he doesn’t get people asking him all the time what it was like to shoot Ocean’s 11, and I can’t blame him ONE BIT). Unfortunately for Andrew’s chances with my good graces, he looks like last season’s Danny Gokey a little (and even has a sad story!), so I’m kind of primed to dislike him. Andrew’s acoustic Jack Johnson-ing of “Straight Up” wasn’t bad, but I’ve learned not to trust that anyone’s unplugged version of a pop song is his or her own on this show. Plus, do we need another Jack Johnson? Did we need the first? The jury is out on you, Andy.

We also got little featurettes on Katie Stevens (“For Once In My Life”) who I found bland by all possible measurements but was put through and Antonio “Skiiboski” Wheeler who had a crazy need to make himself the center of attention — when he already was, by dint of being literally in the spotlight — that I had already grown tired of before he was eliminated despite having a pretty serviceable voice.

We don’t hear much from the other judges, either, although Kara DioGuardi seems to be back to her old tricks of: way over-celebrating performances, nodding sagely and hauling out the oddest and least accurate points of reference. Like when she compared Andrew Garcia to Adam Lambert. Andrew Garcia, who I just got done comparing to Danny Gokey, who is like the netherworld wormhole opposite day life-succubus of Lambert.

I find that a better measurement for people during this round of the show is their ability to spark my interest and make me want to see more than their ability to produce a fully-fledged performance (of which there aren’t really any, anyway). And tonight, I was interested in:

Speaking of “infectious,” I do end up getting a little excited for the people who are so excited they’ve made it through to the… second day. Alright, well, they still have a bit of a ways to go.