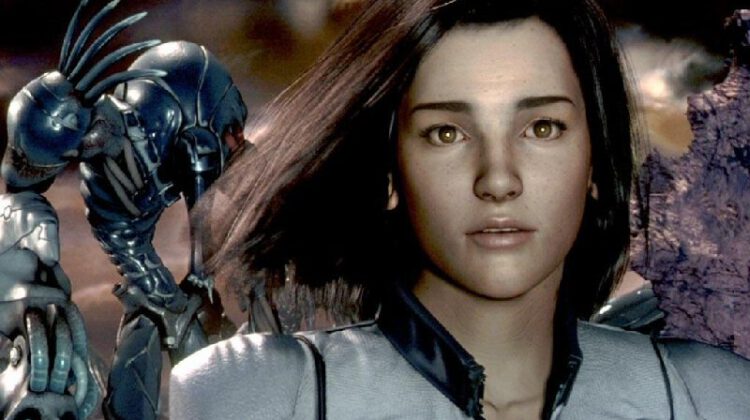 In a way, I’m probably not the best choice to give a review of Final Fantasy: The Spirits Within (hereafter FF:TSW, because I’m lazy). I play the Final Fantasy games religiously, and I’m sure I’m right at the heart of the intended audience for FF:TSW. But don’t let that stop you from reading. I still have some things to say which you won’t hear from Ebert or any of your other standard movie reviewin’ type folks, things which may change your mind if you’ve already decided not to see the movie.

As you may or may not be aware, Final Fantasy started as a video game series produced by a Japanese company called Squaresoft. The ninth (yes, that’s ninth) game in the series was released in the U.S. earlier this year, and the tenth installment is planned for release here in the first quarter of 2002. According to the reviewer over at amazon.com (and who am I to argue with him/her) over 30 million copies of games from the Final Fantasy franchise have been sold, making it one of the bestselling video-game series ever.

Now, you don’t know me, but the FF games are right up my alley. First, I’m a total gamer geek. Second, I’m a total anime geek, and FF games have a definate anime influence. Third, I’m just amazed at the level of computer animation work that’s been turned out by Squaresoft in the past few years. Starting with Final Fantasy VII, the movies (known to us in the gamer world as FMVs or Full Motion Videos) which introduce the game, interrupt gameplay from time to time to illustrate an event, and then culminate with one longer movie at the end of the game, have just been jaw-droppingly spectacular. Eye candy of the highest order. Some of the most ambitious full-motion computer animation that has yet been accomplished lies on the CDs of Final Fantasy VII, VIII, and IX.

In these games, you’re dropped into some fictional world or another, which of course is in imminent danger from some sort of Big Bad. Your job is to control a group of quirky, charismatic characters with different strengths and weaknesses through a gauntlet of obstacles until you eventually face and defeat the Big Bad at the end of the game.

FF storylines generally feature far-fetched notions of how someone or something could go about endangering an entire planet, and an equally far-fetched notion of how a group of less than ten people could go about defeating that someone or something. It’s not about believablility, it’s about underlying principles like love, friendship, trust, loyalty, betrayal, and more global concepts like environmentalism. FF game storylines are also more cinematic than interactive at times. Sometimes you spend an entire hour of gameplay watching events unfold in front of you, with only the occasional puzzle to be solved or battle to be fought. Squaresoft is serious about giving FF fans a deep storyline, even if that means the game isn’t wall to wall monster fightin’.

It only seemed inevitable that someday… Squaresoft would make a movie out of Final Fantasy.

Which, of course, is what they have done, which is why you’re reading this in the first place. And if you’re still with me, let me address the strengths and weaknesses of the movie, as well as rebut a few criticisms I’ve read in other reviews.

Let me tell you what you won’t see in just about every other computer-animated feature: realistic human beings. The human mind is very discerning when presented with a likeness of a human being. We are intimately familiar with how humans walk, blink, breathe, and move. The slightest strageness, and all of a sudden you’re out of the narrative line of the story and thinking, “Hey, that didn’t look right.” Just taking on the gargantuan task of animating such a large cast of human characters is ground-breaking.

And the job that Squaresoft Pictures (a team of Japanese and American animators) did was amazing. I’d tried to prepare myself to be a little disappointed, to be a little distracted by animation shenanigans. The only thing which did trip my “hmmm, that wasn’t quite right” filter was lip-synching of dialogue, which is still a bit of a sticking point for animation of human characters. But the skin tones, movements, and facial expressions were incredibly realistic-looking.

The overall look and feel of the environments, vehicles, and the more otherworldly elements of the story were also breathtaking. It’s past the cutting edge of what an artist and a computer can accomplish together in our modern world. These are groundbreaking achievements which shouldn’t be downplayed at all. The animation is simply spectacular.

Which brings us to another sticking point some reviewers seem to have, that the CG characters don’t have a “soul” behind their eyes. That “these automatons will never replace human actors”. Well, duh. It’s animated, guys. I hate to harp on the mermaid again, but I don’t see these criticisms when reviewers are talking about the latest Disney animated flick. Last time I checked, The Little Mermaid didn’t have a soul behind her eyes, either. One is ink, the other is pixels, but for some reason, the pixels really seem to annoy our reviewer friends. I can only assume that they’re all scared shitless that someday a computerized character will be able to star in a movie, at which time the reviewers won’t have beautiful, famous starlets being nice to them just so their movies get good reviews. Cuz if they can’t wield power over actors and actresses just so those people will be nice to them, what good is the job for, huh?

Yes, story. If you’ve read any other reviews of this movie, I’m sure you’re thinking about reports of bad dialogue and convoluted storytelling right now. Well, they can just stuff it. This is an animated, genre movie. It is a mix of fantasy/futuristic/science fiction/adventure genres. I didn’t see these same reviewers yelling that it was impossible for a mermaid to become a human when they reviewed The Little Mermaid, yet they all seem to be nit-picking the story of FF:TSW. It’s a movie, people. If you want realism, go outside, sit on a park bench, and watch the people who pass you. It’s free.

As far as the dialogue goes, well, how many futuristic, science fiction, or adventure movies have you seen whose dialogue can be held up to your average Shakespearian play? How about the dialogue in Star Wars? Or more recently, Armageddon? And furthermore, let’s face it, bad dialogue is a lot more realistic. I also like movies with snappy dialogue, but the writers of those movies had months to puzzle out the best thing to say and the best moment to say it. In real life, you have a couple of seconds to decide what you’ll say next. If the real world was a movie, our dialogue would be a lot closer to FF:TSW than say, Chasing Amy (which has fantasically tight dialogue, by the way, and is a movie I love).

FF diehards were probably expecting the far-fetched storyline and the cheesy dialogue. I would have been disappointed otherwise. They are both defining characteristics of a good FF game, and to not see them translate to the big screen would have been, for lack of a better term, anti-FF. Which is bad in this case.

Also, and this may give something away if you’re thinking about seeing the movie, so skip to the next paragraph if you don’t want to read it — really, this is your last chance — the movie does not have an “American” ending. Keep an open and thoughtful mind near the end of the movie, kids, and don’t marry yourself to the idea that every single movie must end with the guy and girl together, riding happily into the sunset. I, myself, am bored with every movie ending that way, which is why I’m watching more and more anime (Japanese animation) in the first place.

So, if you’re not hysterically bound to realism in every movie you see, if you think you will enjoy seeing the spectacular animation this movie offers, or if you’re just curious after reading this, why not give the movie a try? If you go to a matinee, it’s just $5-$7 bucks and a couple of hours of your time. Someday, FF:TSW will be a benchmark in computer animation moviemaking, and you just may want to experience it on the big screen.