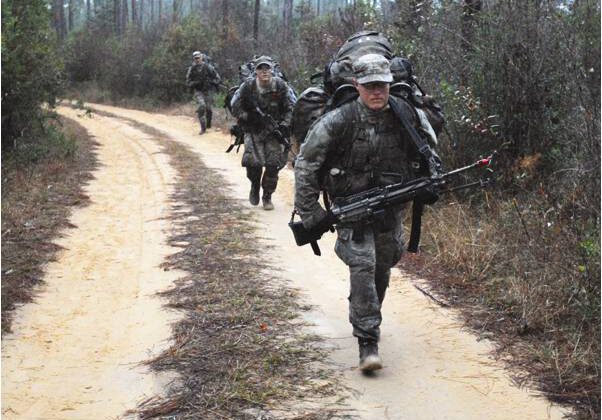 Okay, I don’t. Not really. But I want the ability to, if I wanted to. I don’t necessarily desire to kill someone with my bare hands, but just imagine the confidence that it would add to my walk, knowing that if that guy at the bar even attempts to cop a feel I could take him down in a millisecond….I’m getting all heady just thinking about it. I like to think of myself as rather tough. Decently so. I couldn’t take down a roomful of assassins, I haven’t got the sunglasses for it, but I like to think that I don’t collapse and cry when my arm gets twisted. So, there you go. Decently tough, as compared to, say, the girls on the upcoming, it’s-going-to-be-godawful “Boot Camp”. They disturb me. I mean, who signs up for boot camp and shows up in a mini skirt and heels? Are you trying to embarrass your gender? At least put on some slacks. Shit. I should be on that show. They need one girl who’s not going to break down into a puddle of mascara-y goo and “he hates me, I wanna go home” bullshit. A girl who’s stubborn enough to tell the drill sergeant to fuck off, and stupid enough to laugh as they punish her. Okay, fine, maybe I’m not giving them a proper chance, not having seen the show and all, but come on, a mini skirt? Sure. Fine. Whatever.

But that is small potatoes, not patatoes, compared to my current suicidal attraction. Now, I am well aware that anyone in the special forces is insane. Certifiably so. You have to be to be in that position. And I have nothing but the utmost respect for them. They do things that most ordinary mortals stupidly think are unbearably cool and fantasize about doing, like storming a beach amid gunfire or escaping a prison camp. We ordinary mortals are stupid that way, and we damn well know that if we ever actually got pushed into one of those “unbearably cool” situations we would be peeing our pants. If we were lucky. My brother was going to be in the Air Forces’ division of Special Forces. Until he found out that they throw you into a pool, bound hand and foot, and leave you there for an extended period of time. There was also some incoherent rambling about them killing you, Flatliners style, then bringing you back. I’m not really clear on the reasoning there….perhaps it had something to do with building character. That’s usually a good catch-all. So, brother dear, insane as he may be, decided he wasn’t that insane. And, amazingly enough, I’d have to agree. But, still, it’d be cool.

Or would it? According to March’s edition of Maxim, it’s not all flowing mullets, black leather, cool guns and fevered whispers of “What’s the anomaly?” as Nikita would have us believe. In fact, becoming one of the elite is no *NSYNC concert. For starters, they train blindfolded and eat rats for breakfast. And while this isn’t necessarily enough to scare me off of my not-very-determined path to career-insane-o girl, the fact that they are mean sons of bitches and I would stand a very good chance of dying during training just might. You know, maybe. I might think twice about it, at least.

If I were to think twice about it and still decide that I want to live a life of danger, of the six profiled in the mag, I’d have to go with the French GIGN. For one, they shoot to disable. Way to go guys. For another, military experience is not required, just a minimum of 5 years in a special division of the police force. Ha. I say “just”, because, yeah, I’m sure it’s a walk in the park. Please do not hate me for being simplistic and moronic. But still, compared to the scary Russian SPETSNAZ, I’m sure training for the GIGN could at least be considered a walk through a minimal minefield. Sure, they shoot you at close range, but you get to wear protective gear. I am a little alarmed at the necessity to beat up a wild dog that is hell bent on having you for dinner, but I’m sure that survival instinct would kick right on in.

As I peed my pants.

Also, they get to learn high speed driving. Something those other forces are sorely lacking.

First up: The Green Berets. You’ve seen the movies. Or, if you’re me, your father has a million times and you’ve left the living room a million times. This could be why I read so voraciously as a teen. Well, that and the fact that I had yet to discover pop music. But let’s ignore that, shall we? According to Maxim, the Green Berets are America’s most intense commandos. That sounds promising. And not ethnocentric, because they are clearly labeled AMERICA’S most aggressive, not the world’s. Yay Maxim for realizing there’s a world outside of the US! I like when “journalists” remember that.

My joy is short lived. Right away I’m out. You have to be in the army. No way in hell is that happening. Damn. Another dream left on the side of the road, waiting for the asshole to show up with the gas can who should’ve been back hours ago. And if he stopped at Denny’s for a snack, his ass is getting kicked. *ahem* I wouldn’t want to be a green beret anyway, have you seen their weapon of choice? A barret .50 caliber rifle. The thing’s HUGE. Nikita would never be caught with this in the field, it has no sense or style whatsoever. Neither does the camouflage they make them wear. Oh, and their first round qualifier? An 11.2-mile nighttime land navigation course? I could so do that. And I even flunked compass class in 5th grade.

Hug a tree gurlies, that’s all you need to know.

And how do the Green Berets, who do great work, or so I hear, measure up to the British SAS? Well, apparently it’s modeled after them, for one. The SAS was developed in 1940, and the rest of the world followed suit. So, we have the Brits to thank for the special forces….hmmmm…thanks. Instead of an 11.2-mile nighttime course, the SAS have to survive a 37-mile stroll in the Beacons while carrying a 55-pound backpack and their weaponry. And not everyone survives. Nice. But it’s all worth it, because when you’re done there’s a 14 week slumber party where you learn how to kill people with their own weapons, track silently, kill silently, snipe, blow things up and field medicine. Crap, once again, I’m left in the cold. I’m not very good at the whole silent thing. I walk like an elephant. Really, it’s the oddest thing. I mean, I’m fairly tiny, I’m not really sure how it’s logically possible. Sadly this impediment makes any form of silent tracking impossible. Pardon me while I wipe the tears away. I’m horribly upset about this, as I was really looking forward to my turn in the Interrogation Center. I wanted to be shackled and hooded and forced to listen to others being tortured while I wait my turn. I’ve missed the last few episodes of Roswell anyway, I wanted to catch up. I assume that’s what they’re using for inhuman torture these days. Oops, I’m sorry, I mean Roswell High. Ruthless.

But the cream of the really ruthless crop is the Russian SPETSNAZ. Fuck, I don’t know how they do it. Besides having to choose between being stabbed or having their arm broken, enduring lots and lots of commander and peer-inflicted pain and using prisoners to practice their hand to hand combat, they get bonus bad boy points for completing a mission whether or not it’s legal. Also some serious spyfolk cred for not telling potentials that they are being recruited for the SPETSNAZ. I’m thinking the word “choice” doesn’t exactly enter into the equation. On the “fuck, this would be SO cool” side, there is required Systema (Russian Martial Arts) training. Another kick ass Special Forces aspect I probably would not survive. Something tells me we’re not talking Tae Kwon Do sparring class here. I have never, ever heard TKD referred to as “the most complete way to maim and kill”. And that’s a crying shame. Because that’s…just…once again, I would like to reiterate to myself that I am not really like this. I blame the media.

I am almost as fascinated by the Israeli Sayeret Matkal, though I’m more interested in them for their schooling and their secrecy than their sadistic tendencies. Hey, let it never be said that I’m not complex. Or sane. I am totally blaming my mother for allowing me to read too many spy novels as a child here, but I am completely filled with geeker joy at the idea of attending a school that teaches you how to storm an airplane, wear disguises and the proper way to play with all the coolest toys„such as exploding cell phones. Yee haw! Plus, they’re so super secret that no one really knows how they’re trained and once they pass the final navigation test they are not allowed to wear their “I’m a Sayeret Matkal, ask me how” button out in public. They have to keep their ultracool identities a complete secret. I couldn’t do it. I salute you, Sayeret Matkal. Yes indeed.

I also salute the French GIGN, the group into whose ring I would consider tossing my hat. If I was feeling really, really sassy….and if they accepted women. I’m thinking the answer there is no. That’s just a guess, brought on by the rampant use of the pronoun “he” throughout the article, and the distinct lack of any pronoun resembling “she.” But it’s just a hunch. And it’s too bad, because their emphasis is on weapons. Chicks dig weapons. And, if they let women in, I bet more than 10 percent of the applicants would pass the entrance tests. I could resist tear gas. And if not, I’m used to functioning while tearing up. See, PMS has useful applications!

Right then, so before I get my ass kicked for being denigrating to my kind, let’s leave that to the Navy Seals. Okay, now, before I get my ass kicked for being denigrating to Navy Seals, let’s move on to their highlights. Highlights, highlights, highlights….their training course is considered the toughest of all the US’ armed forces. Their sixth week is called Hell Week. Did they steal that from fraternities? Well, it’s a little more intense, but I suppose it could be seen as a sort of rush activity. The recruits are woken up by gunfire and chased around for a week through land and water, getting only 20 minutes of sleep a night. In other words, anyone that passes is one tough bastard. They are not, however, navy seals. There’s more. They still have to pass an airborne course and survive a 6-month probation with an existing team. Wicked. All this, simply for the honor of being shot at by hostiles, joked about by a silly popgurl and a life of uncomfortable situations and never knowing if you’re going to get home alive.

Worth it? Your call. Cool? Fuck. Yeah. We salute you, bad ass armed forces of the world! Vaya con Dios.