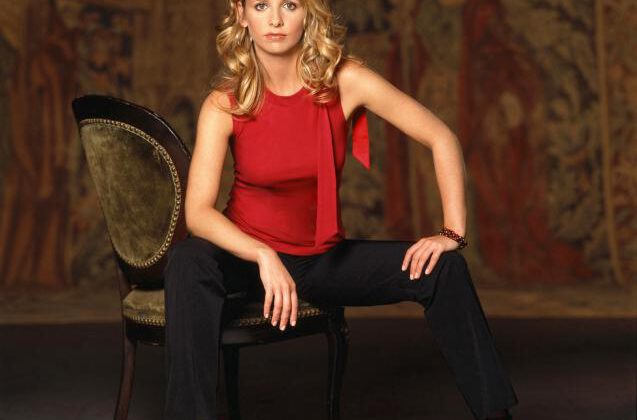 On July 24th I went to my first Comic Con in San Diego. (I wanted to make it out last year to see Halle Berry, Angelina Jolie and Eliza Dushku, but I wasn’t living on the left coast at the time.) Comic Con is an annual four-day event intended for comic enthusiasts, but in recent years, the major studios have been sending contingents to preview upcoming releases and create buzz within a favorable market. There are still educational events about the comic industry as well as portfolio reviews, and it wouldn’t be a true Con without plenty of dealer tables and people trying to self-publish their own titles.

In addition to trying to promote themselves in the comic industry, some attendees try their hand at promoting themselves in the entertainment industry. Last year, director Sandy Collora presented a superhero film called Batman: Dead End. It generated a tremendous amount of buzz and he was to follow it up with another film this year, World’s Finest. Other films planned for a Comic Con debut were Grayson, and First Round: Punisher vs. Wolverine.

Unfortunately, Warner Brothers shut them down hardcore. It seems that since fans have to pay to get into Comic Con, it can somehow be legally construed that Comic Con is profiting from copyrighted characters if they watch a fan film that features those characters. After some research I learned that some of these filmmakers went ahead and screened their short films at their hotels. Apparently Warner Brothers is working with the filmmakers to come to an arrangement for screening these films. (In other words, Warner Brothers is going to make sure they get their cut.)

Comic Con is also about difficult choices. For instance, you might have to decide whether you want a $4.00 hot dog or spend the extra $2.50 and get a turkey sandwich! If you can’t make all the days, you have to pick which day to attend. I only went to one of the four days, so unfortunately I can only give you insight to what I personally witnessed. (If you’re craving more info, Comic Con has gotten big enough now where you can get all the scoop you want somewhere online.) But the hardest decision you’re going to make is which panels to see, because sometimes they overlap.

I started out with a Simpsons panel. Present were the writers of the show and they were as funny as one would expect the writer’s of the Simpsons to be. Every show has their die-hard fans – I happen to not be one of this particular show – so it was no wonder when some of the questions went over my head. The panel let slip some upcoming stories including one in which Springfield legalizes gay marriage and Homer becomes a minister by filling out a form on the Internet.

I casually moved up to get better seats for the Smallville panel that was to follow. The crowd for Smallville was lively, and one guy asked why they could never get the “big three” (Tom Welling, Kristin Kreuk or Michael Rosenbaum) to make an appearance, which caused backlash in the crowd from the fans who didn’t want to seem ungrateful to those who DID show up. It was explained that they were in Vancouver and their shooting schedules were simply too full. A couple of Smallville fan site webmasters made themselves known on the Q&A line, including two young women who were disappointed in the lack of payoff in the Clark/Lana romance. Items of note for Smallville fans: They are going to try and work in a reoccurring villain this year, talks are ongoing to bring other “DC characters” in for an appearance and we got our first look at the new Lois Lane, played by Erica Durance who was in attendance. Jensen Ackles has been cast as the new love interest for Lana named Jason.

Next I made my way over to Hall H where the next three panels I was attending were held. This was especially significant because this was the first year the Comic Con had used a space that could accommodate 6000 people. The first Q&A was for Sin City, a Dimension Films movie based on an adaptation of Frank Miller’s stories. The film incorporates three graphic novels set in the grittiest of cities. On the panel were Miller (better known as the man behind the Dark Knight graphic novel), Robert Rodriguez, Jessica Alba, Jaime King and Rosario Dawson. I don’t know anything of Miller’s Sin City stories, but this was one of the Q&A’s I enjoyed most. Rodriguez explained how he shot five minutes of the film without a deal in place just so he could show it to Miller and get him on board. (Interestingly enough, when the Q&A opened a man stepped to the microphone to pitch a film of his own. It was none other than John Fiorella and the film was his fan short Grayson. Rodriguez – no stranger to bucking the system himself – agreed to take a look at it.)

Rodriguez explained that he had wanted Miller listed as co-director on the film but since Miller wasn’t in the Director’s Guild they balked, causing Rodriguez to drop out of the DGA himself. Rodriquez also convinced Quentin Tarantino to direct a portion of the film. They finally showed a clip that had the crowd buzzing. In it, panels were flashed from the graphic novels to illustrate how the film shots are faithful to the comic. Rodriguez explained that basically the comic was used as the storyboard for the movie. Shot mostly in black and white, color only appears for emphasis such as red lipstick and a red dress on a female character.

The following panel was from Paramount. First up were Trey Parker and Matt Stone of South Park fame. They showed a clip of Team America, which is about an elite team of world police. Oh yeah – and the whole thing is done with puppets, which gives the guys license to assassinate the character of every major political figure. The clip was funny, but I have to wonder if watching puppets won’t get old after the first half hour.

After that was the Sky Captain and the World of Tomorrow panel headlined Sky Captain himself, Jude Law. For the most part, Jude got the questions heartthrobs always get – full of innuendo and idol worship. Most of his answers were long and involved, but the one that stands out in my mind the most was when he was asked if he was being considered for the part of Superman. “I am Sky Captain,” he plainly replied. It was a large panel that also included Giovanni Ribisi, who disappointingly didn’t have much to say. The clip stole the show. The film was actually completed in CGI, then the live action was shot against a blue screen. In the editing process the live action characters replaced their CGI counterparts. This is one film I’m dying to see.

Next up was the highly anticipated first con appearance by Sarah Michelle Gellar – of Buffy the Vampire Slayer fame, and who has never attended a fan event despite the cult popularity of that show. This appearance has been compared to a politician’s stop on the election trail. Appearing in support of her upcoming film The Grudge, she was accompanied by co-star Jason Behr (a once-favorite of the PopGurls from his Roswell days). There was no moderator, unlike the other panels, and after the movie trailer this was pretty much a straight Q&A.

Right out of the gate Gellar was asked why she hadn’t appeared at a con before. In anticipation of the question she had prepared a Letterman-style top ten list: reasons she hadn’t done a con. Filled with inside jokes to the comic community, one immediately got the impression that they had been written by her husband, Freddie Prinze Jr. From where I was sitting, the list fell short, and it wasn’t what an audience who had previously felt shunned by her wanted to hear. I always thought she was somewhat detached from her fans, but the fact that she had thought out her answer in advance leads me to believe she actually is somewhat aware. She did make a point of saying that she was glad to be able to take the opportunity to thank her fans for their support over the years.

I thought the Q&A got to be a little much when every other person began with either “you’re my idol/inspiration,” or “I’m from XYZ website.” It was kind of funny when some guy walked up to the mike with a “Hi Buffy!” I’ll be honest; I was worried that the whole Q&A was going to be a train wreck. I knew the Buffy questions would come, but if I recall no one even asked about Angel or Spike – which was good, since there was a possibility she might be standoffish to those types of questions. To her credit, Gellar’s answers were often witty and she came off as being very sharp. Behr was personable enough, but I think everyone knew this was less about him or The Grudge and more about Gellar’s first con. She did include him in conversation when she could, and they did verbally spar giving fans the impression that they are actually friends.

All three presentations that I attended in Hall H were maxed out in attendance. In my estimation, the ability to put that many butts in seats will only increase the star power the show attracts in coming years. All in all, I found this to be an interesting and fun experience, and maybe next year I’ll go an extra day and spring for the turkey sandwich.