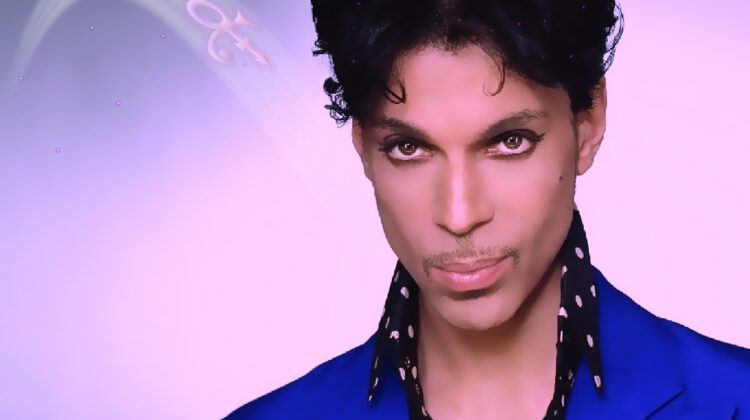 I have something to say today. It may sound blasphemous, but it is something I can no longer keep to myself.

The best concerts I have ever had the privilege of seeing were not put on by *NSYNC.

This is shocking, I know, especially coming from the one who started the cycle of Shame amongst the gurls in the first place. In retrospect, though, I probably shouldn’t be surprised that *NSYNC swept me up so totally, given that this obsession was prefigured by one in my past.

Prince. His was the first fanclub I joined, the first glossy photos I collected, the first concert for which I waited out overnight (in the cold, in Michigan, in the winter — see, the nuttiness had already started). His CDs take up the most space in my collection, he was the first celebrity to make an appearance in my dreams — he came to the house and got along well with my parents — and until *NSYNC, he was the performer who I had seen live the greatest number of times.

As much as I love The Boys, however, Prince puts on the better live show.

This is not to say that I don’t appreciate *NSYNC’s concerts. On the contrary, I think there is very little out there that can top attending one of their shows. In many ways Prince and *NSYNC are much alike; Prince makes just as many faces as Justin when he gets into the performance, his facial hair rivals that of JC or even Chris, and you want to talk about someone unafraid to wear a sparkly outfit? Prince dances, poses and preens, all the while letting his audience in on the joke—sound familiar? His voice is as nimble as ever JC’s or Justin’s has been, with a range running from Chris to Lance.

But whereas concerts put on by *NSYNC are All Spectacle, All the Time, Prince knows how — and when — to pull back. Watching a Freeview of Prince’s 2002 concert at the Aladdin in Las Vegas on Direct TV, I figured out his secret: Prince is a tease. With *NSYNC, even when they’re misdirecting your focus or Justin is holding out on you, there’s not a doubt in your mind that you’re all going to get there eventually. Watching Prince, you sometimes begin to question whether you knew where you were going in the first place. His voice drops to barely above a whisper and — even sitting, as I was, sprawled out in my living room — you’re left wide-eyed, straining forward in your seat, hardly daring to breathe for fear of losing the gossamer thread of melody.

There are no pyrotechnics in Prince’s Aladdin concert. Or at least, there are no literal pyrotechnics of the Justin-winds-up-to-throw-a-pitch-and-suddenly-masses-of-fireworks-are-raining-down-on-the-stage variety. Prince’s pyrotechnics are limited to the metaphorical sort: a voice that can wound or caress, the kind of blistering guitar solos that are so finely wrought you can practically see them. And that’s one of the crucial contrasts between a performance by *NSYNC and one by Prince. I do not deny that The Boys are gifted with incredible voices, the whole of which is even greater than the sum of its parts, or that some of them are not only singers, but musicians in their own right. However, anyone who tells you that she is attending an *NSYNC concert to hear the exquisite harmonies is either a big liar or not familiar with the acoustics of her favorite stadium. *NSYNC shows, with their accompanying mini-films, explosions, million dollar sets, and fully choreographed numbers complete with assorted back-up dancers, are only peripherally about the music. At a Prince concert, nothing, ever, is more important than the music. And Prince does not just sing, or play piano, or guitar, or any of a dozen other instruments. He is a virtuoso at just about anything he touches—and yet he performs as one (albeit Very Important) member of an incredibly tight band. He’s not interested in glitzing up the music, he’s inhabiting it, moment by moment, as it’s made. Prince doesn’t have to worry about the floor show, because the floor show is the music itself.

Which is not to say that he’s self-effacing. Those who thought Mr. Timberlake had cornered the market on cockiness with his writhings during “Gone” on the Pop Odyssey tour haven’t seen the Purple One dramatically weeping over his own skill BEFORE he begins a dance break, or covering his guitar with a handkerchief after he has finished a particularly punishing guitar solo played, at least partially, with his feet. And while Prince doesn’t spend the entire night busting a move, his hips — applied sparingly — are every bit as lethal as Mr. Chasez’s. Not to mention the fact that I have yet to see either Justin or JC—both in their 20s—slide into and out of the splits with the same ease as this 45 year old.

Over the last few years, with his slow down in musical output and increasing personal oddness, Prince’s level of ascendancy within my own personal pop-cultural hierarchy has been in question. After an hour and a half with him in my living room, even if only on television, I can see that an NPG Music Club membership may once again be in my future.