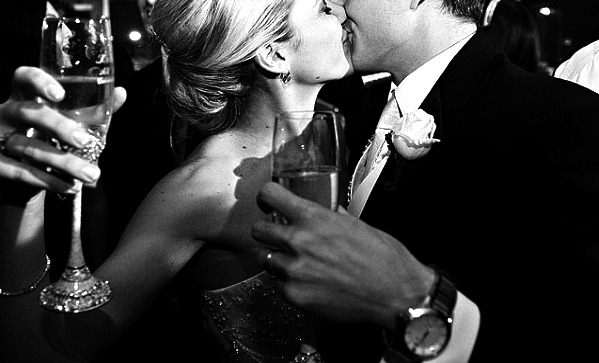 When I was in eighth grade, I would drag my friend Jolene to every school dance. Figure a dance every other Friday or so, and that’s about least 20 dances in one year. She would resist, complaining that the ones we’d already been to were painful and very much not of the fun. But the little optimist in me was convinced that this week some boy would ask me to dance (no one ever did), this week we’d have a good time (we never really did), and this week it would be fun (it never really was).

In the past few years, I’ve been to small parties, town gatherings, a bar and once I was lucky enough to spend the night in the hospital. One night, I sat in my room, playing MYST, refusing to turn on the television because I didn’t want to deal with the big to-do. (It was actually quite lovely.) Nowadays, I try to go into each New Year’s Eve with such little expectations figuring that, hey, if something nice happens, it’ll be a pleasant surprise. And yet, each year, I find myself growing anxious in the days leading up to the holiday with a teensy bit of hope that maybe this year, this year, it’ll be fun.

Because, try as I might to ignore it, New Year’s Eve has built-in expectations. That damn kiss, for one. In twenty-nine years, I’ve not been able to manage a single New Year’s kiss. Hell, once in high school, my boyfriend left the party so he wouldn’t have to kiss me – he thought it was a stupid tradition. Aside from the kiss, you can’t get away from the parties. It’s not like this on any other holiday – I never feel bad about spending the Fourth of July at home, no one ever tries to convince me that there’s a really rockin’ Arbor Day celebration down the street. But on New Year’s Eve – it’s all over the television, in the newspapers – restaurants line up to take your money from $30 to $120+ a head. And for what? To scream really loudly with a whole group of people you don’t know? Thanks, but no thanks.

It was different when I was little. New Year’s was all about family – we’d have these enormous parties in the basement of a random family member’s house. How fantastic it was, three or four generations would spend the night together – eating, laughing, playing games. My great uncle would pull out his homemade upright bass (consisting of a sawed-off broomstick screwed into an old washbucket, tied together with a string), and people would sing and dance around. Then we’d have a big uproar at midnight – complete with hugs, kisses and obnoxious noisemakers that were probably minted in the early forties. God, what I wouldn’t give to be able to go back to that for just one night.

Instead, every 365 days or so, I’m stuck in eighth grade again. I may not care most of the day, but once six o’clock rolls around, I start to wonder what I’m going to do that night. I wonder if something fantabulous will suddenly present itself and I’ll lock eyes with someone amazing and finally get the New Year’s Eve that has been built up so much in my head, complete with the perfect kiss. Because, even with the bitter NYE-hating gurl that I am, there’s still a little eighth grader brimming with optimism waiting to burst out.

Because maybe next year will be fun, maybe.