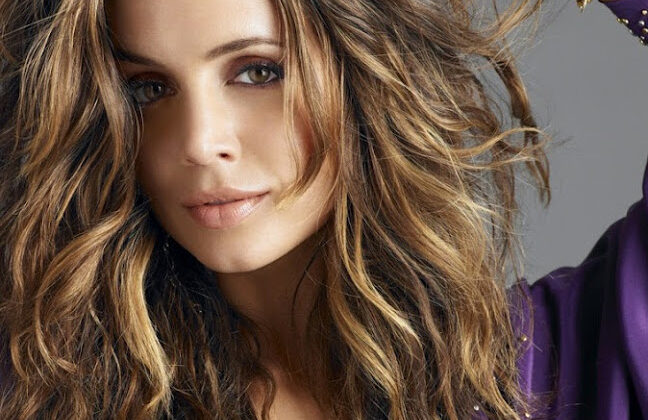 Michelle: Eliza is all about attitude. Her bad-ass slayer saved season 3 of Buffy the Vampire Slayer in many ways. From the minute Faith burst on the scene she was a complex, unique character. There’s a scene in the episode “Faith, Hope and Trick” where Faith is trying to keep it together after realizing that a vampire who tortured and killed her watcher is coming after her, and it’s chilling. Eliza managed to strip away the character’s bravado and get to the core of Faith, a scared teenager who doesn’t know how to deal with all of the responsibility now on her shoulders.

But Eliza’s allure isn’t in her vulnerability, it’s in her swagger. And I have no other idea on how to put this – she just is. Make sense?

Amy: I have to say that I didn’t much care for Faith when she erupted on the scene. And that’s what she did – erupt. What should have been a refreshing change felt jarring and there is such a reason for that. Eliza has only shown herself to be more and more amazing – in Buffy and Angel, she’s been a breath of life in a stagnant world. She portrays Faith as a young woman who is desperately seeking her next high – physical, psychological, emotional – in order to quell the haunting echoes of guilt in her mind. Brilliant.

That’s not to say she isn’t sexy as all get-out. Anyone who’s seen Bring It On can attest to that. Eliza is fabulous – she is sexy and sassy and sarcastic, she’s got that inner self-loathing for not only trying out, but actually liking cheerleading. I’m just, mmm… I like Eliza. And I really, really want her hair from the gymnastics scene.

Amanda: When Jessica Alba started getting press for Dark Angel lots of people were comparing her to Eliza. Yeah. Not EVEN. Jessica Alba is like the poor man’s Jennifer Lopez, a remotely pretty face on a remotely hot body with remotely developed acting skillz. Eliza outshines her in every way.

I like Faith, and Eliza, because she is everything that Buffy, and Sarah Michelle Gellar, is not. She’s not timid or passive aggressive. She’s not wasting away, she’s not unnaturally blond, and she doesn’t strike me as untouchable. She arrived on BtVS about the time that I was ready to quit watching, having gotten fed up with the character of Buffy and her holier-than-thou attitude, and she turned the entire show on its ear.

Faith is one of those characters that was not meant to be around forever. She was originally supposed to come into Buffy’s life, stir up some trouble, and then quietly go into the night. But because of Eliza, with her firecracker delivery and her nothing-can-touch me persona, she’s stuck around for a lot longer than she was intended. Thank god. Every episode with her in it is better, and more spark, and it’s a shame that movies have kept her away from the small screen, because that means we get to see her a lot less frequently.

All this, and she’s as sexy as hell. I defy anyone to watch scenes of her dancing without finding it difficult to breathe.

Melynee: I seem to always be coming in at the end of these things, where the other gurls have already said better than I what is particularly yummy about the current week’s object o’ devotion. So I will just add this: what is there not to like about a brunette, with curves, who can wear leather like nobody’s business? No. Bad. There.

Also, she can act.

Yup. That about sums it up.