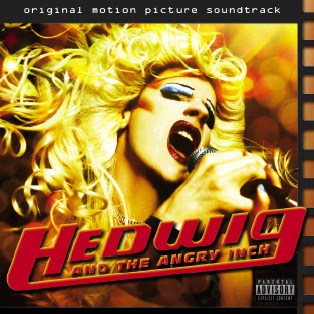 This was a hard list for me to make, as I am very much a mixtape kind of girl. I tend to pick and choose, as one single album rarely fulfills a need for me. However, I have a few albums that have been able to do the job.

Ben Folds Five – Whatever and Ever, Amen

This is one of those albums that I forget how awesome it is for a while, but as soon as I put it in, I’m quickly reminded. I am still simply amazed at how fun and goofy BFF can be, and how ultimately sad and melancholy they can be. “Evaporated” is quite simply the saddest song I’ve ever heard. No matter how many times I hear it, it still breaks me. “Selfless, Cold, and Composed,” “One Angry Dwarf and 200 Solemn Faces,” and “Cigarette” have made it on to a number of mixtapes.

Elvis Costello – My Aim is True

In college, a friend made it his mission to bring me into the Elvis-loving fold. And oh my, did he succeed. This was the first album I was allowed to purchase. While this isn’t my favorite Elvis album [that would be This Year’s Model], it is the one that I hold the most dear to my heart. Beyond my own feelings, though, it is an amazing album. If I had to list the fantastic songs, I would just be re-typing the tracklist. It has all his typical anger and cleverness, but it was youthful anger. And come on, where else are The News [sans Huey Lewis] going to get some street cred other than the fact that they backed him on this album?

I couldn’t pick just one Beatles album, I’m too big of a freak [two tattoos already, about 87 in planning], so I went with this one disc from John’s solo Anthology. The entire box set is fantastic, but this is the disc that has gotten the most play from me. It was obvious that John was going through a lot at this point, between “God,” “Mother,” “Isolation”…the entire thing is just whole body ache. The version of “Look at Me”…lord. There are a few songs that are more upbeat, but overall, this disc is a testament to how good John was when he was sad.

I remember watching the movie with a friend of mine, and when “Origin of Love” finished, we both turned to each other and went, “holy fuck.” I’m sorry to use such language, but nothing else can quite describe how it affected us. We were struck, and I continue to be struck each time I see or hear the music from this show. Again, every song is awesome, the kind of thing that makes you wish that David Bowie had never hung up his lipstick. “Hedwig’s Lament/ Exquisite Corpse” [I refuse to believe they’re actually separate songs] will leave your mouth agape while “Wicked Little Town” will break your heart.

This may be a sonic route that Tom has been treading since
Swordfishtrombones, but if it ain’t broke, don’t fix it. The thing that brings me back to this album all the time is the subject matter. It’s actually the music for a stage version of the play Woyzeck, which holds a strange place for me. While I love the idea of the play, the way it has been handled since the author died mid-writing infuriates me. If someone threw together my scraps and called it a play, you’d better believe I’d haunt that person. But that’s another article entirely, so I’ll move on. Tom’s music for this, however, perfectly captures the feeling of the play’s protagonist, who is going insane due to medical experiments piled on top of personal humiliations. There are a couple songs that are actually very loving and sweet, but most of them are dark and evil. This album is perfect for those times when you’re in one of those psychotic moods that you don’t want to admit you ever have.