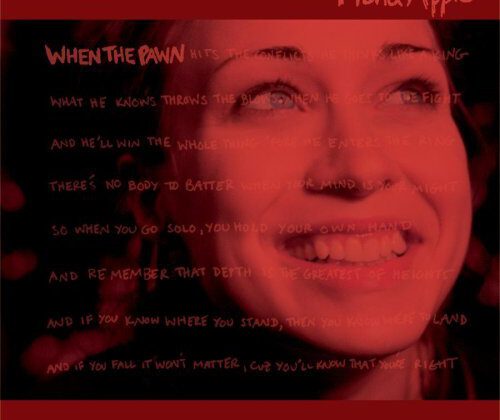 After seeking out Velocity Girl’s Simpatico! album for the umpteenth time at work, I wondered why I often go back to it, forsaking so many other tracks on my iTunes. And I started to think about my other fallback albums — those albums that I go back to from time to time, knowing what I can expect and sometimes use them for a particular purpose. While I pondered those, I queried some other PopGurls writer about their own fallback albums. Come back every week in February for a new list! — Amy

Normally when there’s a first-time make out coming I would burn a make-out CD/make an iPod playlist that specific to the person and situation, but sometimes you don’t have enough time or the make-out is unplanned. In this situation I always, always go for my The Very Best of Otis Redding CD. It is, top to bottom, absolutely perfect. You’ve got your sad slow songs like “These Arms of Mine,” your quirky songs like “Tramp,” your romantic tracks like “That’s How Strong My Love Is” and tons of super sexy jams in between. Just like the first make-out it’s all over the place, up and down, and utterly memorable.

Fiona Apple – When the Pawn…
Occasion: Getting rejected

Fiona Apple is crazy. This whole album is like a discussion of one side of getting dumped – no one cares what the guy thinks and he probably did something terrible in addition to breaking your heart. Each and every time I get my heart smashed I put this album on first thing and fully embrace my inner crazy girl. There’s no logic in hurt feelings and there’s very little logic in Fiona’s emotional outbursts on this album. There is, however a lot of condescension and bitterness, which is exactly what the rejected me wants.

Some days the world kicks your ass so hard you don’t even feel like a part of it anymore. On those days, I have to put on headphones and listen to The Bends. Thom Yorke’s nostalgic and yet futuristic lyrical sentiments let me pretend I’m a robot with feelings, while that insane break down in “My Iron Lung” helps me get rid of the pent up stress I’m carrying around. If this world doesn’t want me then I can always go to “Planet Telex” instead. It feels better sometimes just knowing that someone else realizes that everything is broken.

Occasionally I’ll be down in the dumps for no real reason. It could be anything or nothing at all. When that happens I go back to the original emo album – Pinkerton. The funny thing is that many of the songs are upbeat and it inevitably shakes me out of the downers. I mean, how bummed can you stay after listening to weirdly sweet songs like “El Scorcho” or “Why Bother”? At least I finish knowing I’m less dysfunctional in life than Rivers Cuomo, even if he has more money.

Overt sexuality does not equal slut, even in this crazy world of vapid female role models like Britney Spears and Paris Hilton who add nothing to the public discourse but literally pornographic exploitation of themselves. Karen O’s moans and screams on this album absolutely and fully bring sex and sexuality to the forefront of the conversation (never mind the lyrics) but in a way that allows her to own it. This is the kind of female example I’m looking for – even a librarian wants to be a sexy librarian sometimes. This album reminds me of how to be hot and vulnerable and womanly – without taking off my underwear