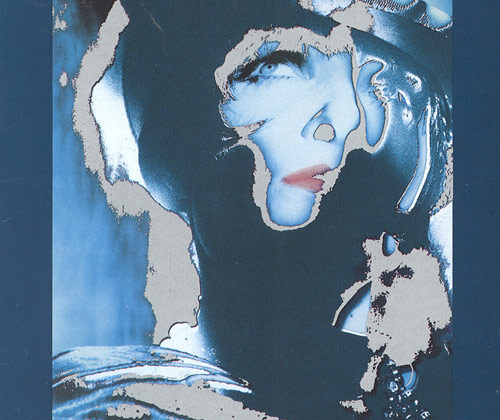 The thing about a first impression is that you can only make it once. In my opinion this holds true with bands. I usually find myself going back to albums that really made a lasting impression on me the first time I heard them — whether it’s an impression of comfort, relief, or of being wowed, I find that I can relive those feelings all over again every time I hear one of these albums. It was a hard list to narrow down, but here are my choices.

A friend of mine is a big Cocteau Twins fan, so I was already familiar with their work by the time I came across a used copy of Milk & Kisses at the record store I work. “It’s one of their later albums, but its still really good — you should buy it,” she told me. I did — and I never looked back. Even after investing in their reissues and a box set singles collection, something comes over me whenever I put on Milk & Kisses. It’s a total feeling of familiarity. Elizabeth Frasier’s voice is like a warm blanket on a cold night — just totally comforting. Sure the lyrics at times are incomprehensible, but there’s a solace in knowing that because of that you can really take whatever meaning you want from the song and not be wrong. One of my favorites on the album is “Rilkean Heart,” a hauntingly beautiful song, which I had always heard was about the late Jeff Buckley (or at the very least, a tribute song to him).

Juliana Hatfield — Only Everything

If there is a moment in my life that I can lock in and associate with a song or album, chances are that that album/song will totally become a “fallback” for me. And the thing is, it doesn’t have to be a life-changing event, or something dramatic. It can capture something simple, case in point Juliana Hatfield’s Only Everything. The moment: drinking pink lemonade on the bus in the afternoon, on my way home from high school. It was warm out, just the start of summer; minimal clouds, lots of sun, and I sat there with my headphones on listening to “Universal Heart-Beat.” Perfection. From then on in, that album would always be in heavy rotation during the spring and summer months. There’s just something about it — the feeling of being free from the most tedious of high school classes and ready to face a fantastic summer.

This is a hard one for me, because I’m torn between two particular Sonic Youth albums, but Daydream Nation was the first album I owned and really fell in love with. There’s just something about Thurston Moore’s cool vocal tone and those sweet guitar riffs that really gets me. Every time I hear Daydream Nation, in particular, it’s like hearing it for the first time, and to relive that feeling of just being so moved by a band’s music is something that is hard to give up on. When you get overwhelmed by all the new bands out there that the hype machine is throwing their support behind, its a good feeling to have Sonic Youth break your fall when you’re ready to fall back from all the buzz.

I don’t know why, but I keep going back to this one. Maybe its the fun and naughty and playfully taunting tone of “Peek-a-boo,” the notorious single that opens the record. Or maybe its the melancholy beauty of “Rhapsody,” an epic song featuring Siouxsie’s voice and some strings that close it out. Either way, the journey between the two are amazing. There’s so much going on in this record, but its not the least bit overwhelming to listen to, which I think really catches me. It’s so easy to play this record and get wrapped up in it, which I think compared to a lot of flash in the pan bands nowadays is a rarity.

OK, so let’s talk about the flash in the pan bands. Sure, some people may lump the Arcade Fire in with them (which I think is unfair, and would never do that), but the truth of the matter is that I love Funeral and I think it is a fantastic album from start to finish. Actually its probably one of the only “hyped up bands” I can write something like this for. I think my copy of Funeral is on its last legs… I’ve listened to it that much. That whole “hearing songs for the first time” thing I mentioned before really applies to this album for me. I know the record is only a few years old, but what can I say. I’m already so far emotionally attached to it, I can’t quit it now. No matter what the hype machine says. It’s just amazing to me.