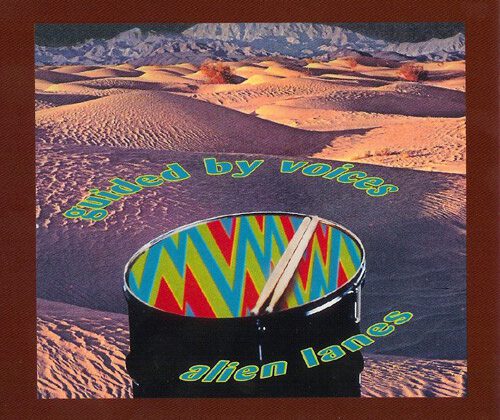 Next up in our fallback album series – new writer Schroeder:

The Beatles – Let It Be
This is my original fallback album. Let It Be is considered the black sheep of late-Beatles; slapped together by Phil Spector after the band split, it doesn’t have the ambition of Sgt. Pepper or The White Album. The band coasted through this one, but boy is it great to hear the best band ever at the height of their powers, just screwing around. John’s weird outburst between songs – “phase one, in which Doris gets her oats!”; the haphazard beginning and ending to “Get Back”; weird little half-songs “Dig It” and “Maggie May.” It just sounds like they had fun making it. Of course, years later, I’d see the film of the same name and realize that they were actually miserable recording this album, but I enjoyed my illusions while they lasted.

Cat Power – Moon Pix
Everyone needs an album of sad songs to fall back on, and this is mine. Maybe because it came out in a particularly lonely year, or maybe because it’s Chan Marshall at her most plaintive and melancholy, but I want this album when I’m depressed the way I want chicken soup when I have a cold. While her other albums tend to get stuck in one style all the way through, this one’s my favorite because she’ll punctuate listless, hypnotic songs with aching, heartfelt ones. Kurt Cobain one sang of the comfort in being sad; Chan Marshall wraps that sadness around you like a blanket.

Guided by Voices – Alien Lanes
This one pretty singlehandedly sold me on indie rock, and it still holds up as one of the best albums ever. Like Let It Be, it’s haphazard and spontaneous, with most songs clocking in at around a minute long, all hiss and feedback, and each one crashing into the next inelegantly. Perfect pop gems overlap with bursts of noisy garage rock, like The Beatles and The Who were forced to share a rehearsal space and someone left a tape recorder running.

The New Pornographers – Twin Cinema
A very recent entry, but I’ve been listening to it nonstop since it came out and I can’t imagine that I won’t still be listening to it in ten years. Canada’s best band ever gives a master class in how to write great pop songs – great melodies, hooks, harmonies, overlapping male and female vocal lines, and their secret weapon: every song starts one way, and is a totally different song by the end. They never coast on just repeating the chorus a bunch of times – what starts out as a stately ballad ends up a fist-pumping anthem, and a song that starts out depressing winds up uplifting by the time it’s done.

Jonathan Richman – I, Jonathan
This is my favorite album of Jonathan’s, and it’s been the soundtrack to countless roadtrips over the years. He loses the goofiness of some of his early material, but retains his innocence and charm, reminiscing about parties, summertime, relationships, and his old apartment. The whole thing has a loose party vibe, and you can just picture Jonathan and his pals passing around the guitar and having a good time.