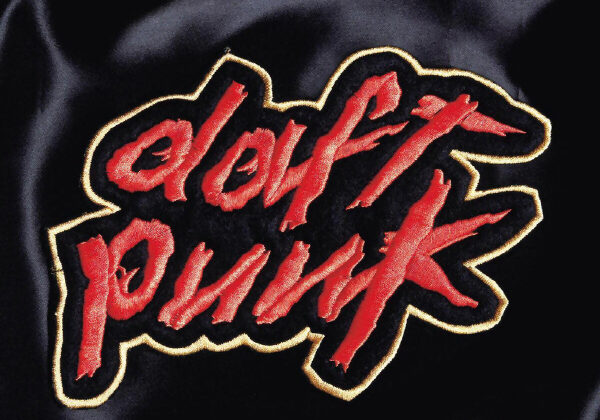 Next up in our fallback album series – new writer Tom:

Daft Punk – Homework
When it comes to the issue of musical timelessness, electronic music gets bum rap. Not that the singles-dominated genre doesn’t ask for it, but there are some classic albums. Homework is one of them. Daft member Thomas Bangalter said he wanted to create happy timeless music like Brian Wilson did with The Beach Boys. For me, Homework does exactly that, hitting the mark time and again. It’s a great record to dance to as well as a great record to listen to (a feat many electronic artists attempt and fail miserably at). An extremely deep record, it deftly weaves in and out of the many branches of the dance music tree; techno (“Rollin’ & Scratchin'”), bassline house (“Around the World”), acid with a thump (“Da Funk”) and beat box breaks (“Oh Yeah”). Life changing and life affirming.

Public Enemy – Fear of a Black Planet
Sure I listened to the Beasties, LL Cool J and 2 Live Crew, but Fear of a Black Planet helped a chubby suburban white boy from PE’s own Strong Island finally “get” hip hop. No, it wasn’t Chuck D’s politically charged verses or Flav’s wild antics; it was the wall of sound produced by the Bomb Squad. It’s up-tempo, driving, noisy, imperfect…where has hip hop production like this gone? “Welcome to the Terrordome”, “Burn Hollywood Burn,” “Fight the Power,” “Power to the People”; all of them still send chills up my spine. Good record to listen to when you are a tad pissed off. While It Takes a Nation of Millions to Hold Us Back is universally accepted as PE’s finest moment, ‘Fear’ makes the most sense to me, lyrically focused yet musically wide open. Not sure music ever sounded the same to me.

Francis Albert Sinatra & Antonio Carlos Jobim (Self-Titled)
The meeting of two truly gifted artists — the record is a split between classic American standards and Jobim originals, all done in a bossa nova meets 60s big band stylee. Has enough old school (Mr. Blue Eyes) and enough loungey hipster sass (samba) to peak folks curiosity (one of the most asked about cds in my collection). I wind up going to it all the time. Don’t get me wrong I enjoy too. Sinatra and ACJ doing “The Girl From Ipanema” alone is worth the price of admission. Perfect for summer days, lazy afternoons or dinners with mixed company (musically speaking).

Guns n’ Roses – Appetite for Destruction
One of the only records which made me feel that the rock gods didn’t neglect us 30somethings. Every generation has a rock record that defined them. Appetite was ours. In 1987, I was 13, perfect age to realize the power of guitars chords (cheers Slash)… even if I would blind to some of its lyrical content. (What? “Mr. Brownstone” was about heroin?) As far as a good o’ fashion rock listen, this record still holds up. It also is a great “warm up” record (one you would play before actually going to a concert), and whenever I need raw, seedy music.

Duran Duran – Greatest
I wasn’t sure about adding a greatest hits collection. Duran Duran is my favorite band of all time (there, I said it). At any given moment, I might need to hear “The Reflex.” However, the need to listen to any of their other perfectly constructed pop songs might also strike me. Classic 80s songs (“Planet Earth,” “Hungry Like the Wolf”), cheesy love ballads (“Save a Prayer”), poppy-leftfield funk (Skin Trade”) and Bond themes (“A View to a Kill”) are all included. While Decade (their first greatest hits record) has many of these tracks, Greatest has them all: the grossly over looked “New Moon on Monday” and two of their later hits “Come Undone” and “Ordinary World.” Essential.