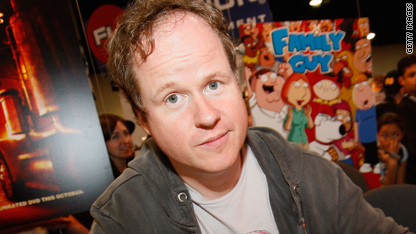 A week and a half away from the election I, at long last, managed to get myself to a political fundraiser. This wasn’t your typical pay-for-your-high-priced-ticket-to-schmooze-with-the-local-bigwigs-over-Chardonnay-and-stuffed-mushrooms affair. Nope, this was a national event, featuring a menu of pizza and frosting in a can, where I never saw most of the participants and all the schmoozing was done with Hollywood types. Over the phone.

Yes, that’s right. On Sunday, October 24, I attended one of what was by extremely unofficial and perhaps flawed account “maybe 40 or so” High Stakes parties scattered across America from Juno, Alaska to the greater Boston area. For a ticket price of $35 – all of which went to the Kerry-Edwards campaign – fans of Buffy the Vampire Slayer, Angel and Firefly gathered in homes nationwide to watch DVDs, debate the hotness of Drucilla vs. Illyria, and chat – politically and otherwise – via conference call with Joss Whedon.

For those of you whose eyes just glazed over at the thought of yet another “why my candidate of choice is really great and the other guy sucks” article filtered through the mouth of an entertainer who may or may not be qualified to speak about the issues, I say, fear not. While Joss took every opportunity possible to link the questions he was asked into political rhetoric – it was, after all, a Democratic fundraiser – I’m not here to convert anyone. What was most interesting to me about the High Stakes party was that after seven years and a couple of Internet fandoms, I had completely forgotten what it is like to walk into a room with a whole bunch of people I’ve never seen in my life, and only one (or in this case, two) common interest(s) to link us.

I’m no stranger to thrusting myself into groups of strangers. For those of you unfamiliar with the PopGurls creation myth, I was at one point fairly rabid, er, active within the Buffy online community known as The Bronze, a non-threaded posting board originally hosted by the WB’s official Buffy site. What started as months of lurking – trying to figure out what the heck was going on – developed into daily posting, attending local dinners with other Bronzers, and eventually attending two Posting Board Parties in LA, two Viva Las Buffy events in Las Vegas, numerous unofficial cross-country events, and the creation of several of my dearest friendships, while picking up another fandom or two along the way.

I was never a superstar within The Bronze, but I know from attending these gatherings that regular posters and lurkers did recognize my name (even if they didn’t always know how to pronounce it). In those days leading up to the High Stakes party, however, it was like I had jumped back in time. Due to a number of factors including a series of relocations westward and a string of jobs that keep me away from a computer for the majority of the day, my participation in online fandoms has lapsed to the point of near non-existence. Attending this event, therefore, was every bit as intimidating as it was that first time.

It is an incredibly vulnerable moment to walk for the first time into a new setting with a crowd of unknown people. For an introvert, (yes, actresses can be introverts, too) it’s a lot like taking your clothes off in front of someone for the first time: There’s no one else there to put between yourself and total exposure. Of course, I wasn’t exactly stepping into a den of lions. If this party had been a Venn diagram, the overlap between Whedonverse fanatics and Kerry supporters would have looked a lot like…me: Smart, vaguely dorky, late-20-/early-30-year-olds whose most common personality trait seemed to be niceness. I did attend a party in the upper Midwest, though, where niceness isn’t a virtue, it’s hereditary. The other feeling I had forgotten from previous encounters of this kind, however, is the moment when all the pre-event jitters melt away in a wave of relief that, hey, I actually can hold an interesting conversation with these people and, gosh, even enjoy myself.

Not, of course, that Mr. Whedon didn’t also have a few things of note to say. The hook of this entire event was a chance to hear straight from Joss’s mouth the answers to all those pesky little questions still floating around the brains of fans everywhere. These questions were submitted in advance, and read on the conference call by the national chair of the event (all the rest of us peons on the call were in “listen-only mode”). They ranged from the vaguely political – Who would Spike vote for? He’s all about the fighting, and just ornery enough that he might vote for Bush – to the picayune – How much time will have elapsed between the finale of Firefly the television series and where the beginning of the feature film picks up? Six months – to the totally inane – You won’t be directing the X-Men 3 movie. But if you were, would you make Wolverine wear yellow spandex? Short answer, no – with Joss doing his best to keep the listeners laughing while still turning virtually every question into a political plug.

As amusing as Joss was, however, the conference call was, for me, secondary. When I was living in New York City, where the population base is exponentially higher than that of the university town that I now call home, I expected statistically that there would be a group of people who got the same kick I did out of an intelligently-written television show that turned the typical cute-girl-as-victim horror trope on its head. To find out that these people, with whom I additionally shared come political leanings, were also here in the wilds of Michigan, and to have the opportunity to meet them, was for me the real hook.

After the call finished, our party spent quite a bit of time engaged in a discussion of local politics, further opportunities to support Kerry and Edwards, how political ads vary from region to region, and how the term “liberal” came to be viewed as a bad word, among other things. Twelve of us sat around a table, actively engaged in a conversation about subjects that mattered to us passionately, but that are often difficult to discuss in a group setting without fear of splintering a group into warring factions. In this conversation, I was reminded that, partisanship aside, politics is at heart a way to create a community. My personal community has been fractured by geographical isolation and time constraints. So it was this – the chance to reconnect with a community I haven’t been able to remain active in of late – over and above considerations of our current presidential nominees or their celebrity adherents, that made this event truly political, and for me at least, a resounding success.