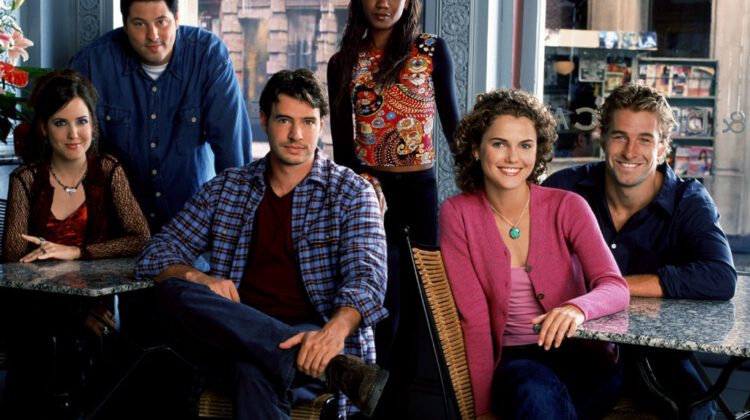 I would like to take the last episode of Felicity and force all television producers and writers to watch it as soon as there is even a twinkle of a thought of doing a clip show. It seems as if in every series that lasts longer than one season, The Powers That Be decide they need a break and a clip show is born. A clip show, my friends, is when they do little more than rehash the past, usually because the writers/producers/whatnot are just too damn lazy to come up with a halfway decent episode to move along the plot. Sometimes, it’s because they’re too cocky and should have given up long ago and spared their fans the agony.

But this time, Felicity did it right.

They had obviously paced the final five episodes along in such a way that the plot was introduced, developed and completed and they still had time for a walk down memory lane. As Felicity described her past four years in college to an oddball spellcasting man, we traveled down it – reliving it as if we were in that same apartment. There was such care taken with the scenes chosen so that they naturally flowed along with the story, care taken by people who know and love the show. Images that kept the audience in a nostalgic state, evoking butterflies and ache.

For those who hadn’t heard, Felicity took a page from the fanfic writers and created their own alternate universe. Unlike Jason Katims, they found good writers to mimic. A year after graduation, Felicity goes back to New York for Noel’s wedding to Zoe. Right before she leaves, she finds out that Ben has been cheating on her, which makes her rightfully wonder if she made the right choice when she stayed with him. Explaining this all to Meghan, Felicity says she wishes she had chosen differently – broken up with Ben after she and Noel slept together on the apartment roof at the end of the summer. Meghan takes it upon herself to do a spell and Felicity wakes up on top of that roof again, a year earlier and naked with Noel.

It sounds weird and impossible to pull off, but they did it fabulously. Felicity immediately breaks up with Ben and tries to start things up with an understandably concerned Noel. Then Hannah, Noel’s ex, shows up and complicates things as Felicity struggles so hard to hold onto what she’s come back for. Noel and Felicity each slip as they both kiss their respective ex’s but come back to one another. Exiled Julie returns and starts something up with Ben, set into motion by an impetuous game of Spin the Bottle. After seeing Felicity’s reaction to the Ben/Julie kissage, Noel proclaims Felicity so deep under Ben’s spell that they would never be able to have a real relationship.

The realism with which the writers infused the alternate universe was what made it so impressive. How many times do we think back on our own lives – deciding that if we had only chosen differently, did Thing A instead of Thing B, that everything would be so much better? Felicity goes back and it’s certainly different, but is it better? Felicity has Noel as her friend and her lover, avoiding the future pain of Ben’s infidelities. She immediately changes her major to Pre-Med because she has the benefit of foresight, thus procuring her father’s financial support in her final year of school. But, instead of stepping up to the altar in place of Elena and Tracy, Meghan and Sean eventually break up when Sean tries to pursue a relationship with Julie (who is still smitten with Ben). While Noel and Felicity still have remarkable chemistry together, Noel has underlying issues about being expected to jump at Felicity’s beckon call and not-so-subconsciously wants her to be forced to wait like he had to wait.

And then there’s Noel’s death. I’m torn on this point – I like that it shows how certain events were to occur and how Felicity’s actions in the alternate universe changed what had happened in the “real world.” At the same time, I think killing Noel was an easy way out. An easy impetus to propel Felicity’s desire to return to her former world. Why is it that she can’t decide between them unless one is dead? And why, if they’re going to kill one off, did it have to be Noel? Why not one-note Ben? I get that they wanted to drive home the idea that Felicity would rather be in a world with Noel-as-a-friend than a Noel-less world, but I think it would have been stronger had she chosen between a Noel-as-permanent-friend and Noel-as-friend-with-potential-but-she-has-to-wait.

I like Felicity, I like that she’s a contrary character at times, but she’s one who is all about the instant gratification. She didn’t wait for Ben – she ran off and stalked him. She dated Noel, then dropped him as soon as Ben changed his mind. And I have to admit that I liked Ben in the alternate universe better than the first. Or rather, it was the first time that I could see that Ben actually cared about Felicity, was in love with her instead of being in love with the way he looked through her eyes. That’s what’s always bothered me in the Felicity/Ben relationship – it’s always been uneven. She follows, fawns and puts up with all his infidelities while Ben continues to be a moody fuck who isn’t concerned with anything but his own desires. As her father pointed out, isn’t it time that Felicity stopped following Ben Covington? Apparently she hasn’t taken enough abuse. Felicity’s return to the “real world” and her reconciliation with Ben drove that point home pretty damn clearly.

That being said – I admit it, I cried at the series finale of Felicity. I didn’t break down and sob or anything, but I cried. The last few minutes floated by, underscored with Sarah McLachlan’s “I Will Remember You,” showing scenes from Noel and Zoe’s wedding party. (Although, I stared at the screen in confusion about Elena, and how someone who had died and whose funeral we watched had suddenly been resurrected in time for a wedding. Must have been damn good wine they were serving.) Images of Felicity, Noel, Meghan, Sean, Ben: people who came into my life four years ago, and try as I might, could never quite eradicate them from my conscious concern. It was a clip show that showed us the past and hinted at the future. What got me were the smiles, the tears and the overwhelming sense that these were people who honestly cared about one another, enjoyed working together and were going to miss each other terribly. This was the real graduation episode – when you say goodbye and hope that you’ll stay in touch but know that you won’t, not as much as you’d like – when you hold onto the moments you’ve got as hard as you can because it’s time to leave and become a new version of you.