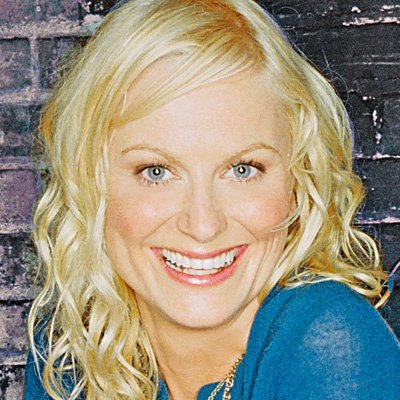 I’ve developed a massive crush on Amy Poehler in the past six or so months and am so utterly giddy that Parks and Recreation returns next week on Sept 22nd (8:30p/7:30c on NBC). Aside from the fact that she is hilarious and brilliant — I find her to be an amazing inspiration between being a founding member of The Upright Citizens Brigade Theatre and Smart Girls at the Party.

Here are some of my favorite Amy Poehler quotes:
“I get worried for young girls sometimes; I want them to feel that they can be sassy and full and weird and geeky and smart and independent, and not so withered and shriveled.” Bust Magazine

” We were just talking about those American Apparel ads. They’re fucking gross, man. Look, I love beautiful girls too. I think everyone should be free to have their knee socks and their sweaty shorts, but I’m over it. I’m over this weird, exhausted girl. I’m over the girl that’s tired and freezing and hungry. I like bossy girls, I always have. I like people filled with life. I’m over this weird media thing with all this, like, hollow-eyed, empty, party crap.”

“I do feel like the improv rules are ways you should live your life. You should say yes when someone offers you something. You should give something back in return. You should listen to what someone’s saying rather than what you want to say. You should respect somebody you’re working with, and you can’t ever bail. Those are life lessons, certainly.”

Another list of important improv lessons from her talk at the Harvard College Class Day:

Also from Harvard Class Day 2011:
“This is what I want to say: When you feel scared, hold someone’s hand and look into their eyes. And when you feel brave, do the same thing. You are all here because you are smart and you are brave. And if you add kindness and the ability to change a tire, you almost make up the perfect person.”

And from Tina Fey’s Bossypants:
“Amy was in the middle of some … nonsense … and she did something vulgar as a joke. I can’t remember what it was exactly, except it was dirty and loud and ‘unladylike.’

Jimmy Fallon, who was arguably the star of the show at the time, turned to her and in a faux-squeamish voice said, ‘Stop that! It’s not cute! I don’t like it.’

Amy dropped what she was doing, went black in the eyes for a second and wheeled around on him. ‘I don’t f**king care if you like it.’ Jimmy was visibly startled. Amy went right back to enjoying her ridiculous bit. (I should make it clear that Jimmy and Amy are very good friends and there was never any real beef between them. Insert penis joke here.)”

“I always dreamed of growing up to be Amy Poehler.”

I want to grow up to be like Amy Poehler. We already have the same first name and same initials. Maybe I’m on my way — I have three more years to try to catch up to the awesomeness that she is now.