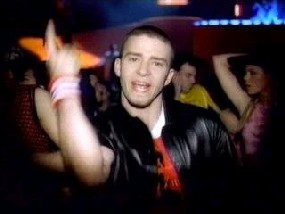 PopGurlothography: Or How to Spot a PopGurl in 10 Easy Lessons

I went to this political thingamajig the other night and hung out with a bunch of new (to me) folks. I was talking with my friend who is a liaison for a state agency and these two girls who work as aides directly for state representatives. They’re both fairly young: recent college grads.

So, we are all at dinner and in the background of the restaurant they’re playing this pop music really soft, and while we’re chatting, the first aide cocks her head and says, “Wow, it’s like boy band-o-rama,” referring to the music. She says it with a slight roll of her eyes, as if that’s a bad thing, but you know, I sense a little hesitation. So, we make a few more inconsequential statements and my agency friend says “it’s like a making of the band special!” I decide to float a test balloon; I say, “At least it’s not O-Town.”

Aide Number One’s eyes kind of light up and she says “O-Town, not that!” And she laughs, and flushes a little. Then she kind of hesitates and says, “You know, I used to be more of a Backstreet person, as one of ’em hails from my hometown, but I watched the making of the “Pop” video, and wow, you have to hand it to someone who is being interviewed after a big steel plate comes down on his leg.”

I sensed a fellow PopGurl.

Aide Number Two chimes in, “How do you explain the whole AJ-going-into-rehab thing to the kids who like BSB?”

Aide Number One volunteers, “Well, you know I told my niece he was just sick and needed to go into the hospital for awhile.”

And things degenerated from there. I told her about skipping work to go see the IMAX movie at the local theater, as she’s a big Justin fan, and she said she’d be sure to mark it on her calendar. You know, I think we’re gonna get along fine. Plus, she’s a big MTV fan, and was mondo impressed that I knew someone who worked for them.

The incident illustrated a phenomenon I’ve noted. When you meet another PopGurl, it’s rare to find one out of the closet. When you are in conversation with a suspected closeted PopGurl, it’s helpful to kind of shift around, and mention a pop reference on the sly, in a faux-denigrating manner, and kind of wait to see if the other person picks up on it or not. It’s like speaking in code. And if the other person responds with the right combination of words, like “AJ went to my high school” (only a PopGurl would know that kind of trivia, or admit to it), or “What is up with Justin’s hair these days?” or “I thought Chris was 28?” then you know you’re in.

By the end of the conversation, the oh-so-serious mid-40s male State Representative whose fundraiser we were attending was staring at us as if he suddenly realized he had no idea who we were. Ha! One day he will have a daughter, and she will be hooked on boy bands, and he will realize you never fool with someone who is in the PopGurl geeker zone.

They’re everywhere, I tell you.