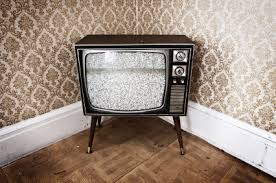 Last year I moved to Los Angeles from a small town in northern California in an effort to become a “real musician.” I spend most of my time here writing songs and playing gigs. I also spend a lot of time trying to think of something interesting to write songs about and desperately trying to convince coffee shop owners I should play gigs at their establishments. As you might imagine, neither of these things bring in the big bucks, so in an effort to find a job I won’t completely dread every day, I decided to become an extra! (Excuse me, “background artist.”)

How fun would that be, right? I mean, I’d be able to see real film sets, walk around real movie studios, and stalk – I mean, OBSERVE – actual celebrities in their natural habitats. I’d even get paid! As a non-union extra, it wouldn’t be much money, but it would be enough to eat occasionally, and that’s always a plus. I decided to go with Central Casting, mostly because it’s widely regarded as the best. But also because it’s located approximately 10 minutes away from my Burbank apartment, and in LA, that’s practically next door.

The registration process was relatively painless, with the exception of having to fork over $25 for the pleasure of posing awkwardly for a snapshot, the result of which I never actually got to see. (Did I blink? Did my smile look forced? For the love of god DID MY HAIR LOOK OKAY?!)

Armed with the decision that I must do the thing I think I cannot do (thank you, Eleanor Roosevelt), I nervously called Central Casting’s non-union line on a Monday morning, determined to get some kind of work for the week. One of the first casting calls I heard was for the NBC show Las Vegas. LAS VEGAS! This is only my favorite television show in the world ever (with the exception of all that Joss Whedon stuff). Score!

I obsessively listened to the message over and over again, writing down all of the information, wasting time while I decided whether or not to go for it. They were looking for casino patrons (I could totally be a patron at a casino. Totally.), sizes 2-6 (I’m a size 9. Um.) who would be available on a Wednesday and a Thursday (I was totally available on both of those days. Totally.) I decided that two out of three were not bad, and hello, it’s Las Vegas!

I called the casting director, gave my information, and paced around the room nervously while he pulled up my picture and information on his computer. I tried to mentally prepare myself for “thanksbutyouarenotwhatwearelookingforsotryagainanothertimegoodbye,” but instead I heard “so you’re available both days?” WHAT!? YES!!! YES I AM!! I mean, ahem, yes, both days. I got the instructions to call a taped information line the next evening after seven. And the anxious waiting began.

The next day I got a voicemail informing me that I would no longer be a casino patron, I would be a front desk clerk. So instead of pretending to play poker, I would pretend to type on a computer. Awesome.

Each morning of the two-day shoot I arrived on set at a ridiculously early hour. (By the way, ridiculously early for me is pretty much any time before noon. So 6 am and 8 am call times were PLENTY brutal.) I got my voucher, which is proof that you showed up and worked, and thus is the way you get paid (obviously v. v. important).

Then I was sent to the wardrobe department, which mostly involved standing in a long line. It was pretty cool though, since it was right outside the set; the exterior of the Montecito (the front door, the front steps, and the posters that decorate the wall) could be seen from my place in line. Once I got to the front I was given a wrap dress that was, uh, not the sort of thing I would ever wear in public. Double stick tape was required; let me tell you, I was so completely out of my comfort zone!

I got to go to hair and makeup, which was super fun. They put powder on me and made my hair all pretty and shiny. It never looked nicer, and unfortunately I have been unable to replicate the result since. Also, the mirrors really did have those cool lights around them. I felt like such a superstar! After that it was off to the prop department for my official Montecito nametag (which I did not get to keep, sigh). The casino patron extras got to pick up their “drinks,” which in actuality were glasses filled with various juices. I was very grateful not to be playing a waitress, since they were responsible for trays of drinks, and I’m pretty sure mine would have ended up on the floor. After that it was back to “extras holding” to wait until they were ready for us.

Once on set, all the extras got placed and were given instructions about what to do. Walk here, walk there, walk over there, and yes, walk back over here again. In four inch heels, no less! Usually the scene was rehearsed two or three times. Then it would be filmed from one angle, cutting for any mistakes. (I was so hoping to witness some really funny bloopers, but I don’t think anything happened that will end up on the season four gag reel.) Then EVERYTHING would switch around, and the same scene would be filmed from the other angle. It was a loooooong process.

When the cameras were not rolling, us background artists were able to chat. Not a lot of people watched the show, so I was able to fill them in on the characters and the plots. (I KNEW my obsession would come in handy someday!) I had fully worried that I would spend my downtime sitting awkwardly in the corner by myself. But everyone was ridiculously nice. EVERYONE, my fellow extras, the cast, and the crew. SO NICE. I hardly felt shy at all. Trust me, this was nothing short of miraculous.

In a perfect world, I have been able to take pictures of the set (and knowing me I would have taken approximately 478234928761,) but this was not a perfect world and cameras were not allowed. So the only record I have of what the soundstage looks like is what NBC broadcasts on Friday nights. I’ve got to say, though, that the set designers and decorators are brilliant, because when I was standing behind the Montecito front desk, I REALLY felt like a front desk clerk at a major Vegas hotel/casino. The sports bar and the casino also absolutely seemed like the real thing. At least until I looked up and saw approximately one million lights everywhere and catwalks stretching across the ceiling. Anyway, also in this silly non-perfect world, the extras also don’t get to talk to any of the principles (bothering the stars is grounds for dismissal from the studio and from Central. Plus, you would have, you know, BOTHERED THE STARS, which is BAD.) However, I can say that Molly Sims walked right by me. Twice! AND, when Vanessa Marcil and Josh Duhamel filmed their scene, I was like ten feet away. It was AWESOME. Not to mention, the very first scene of the very first day involved James Lesure walking up to the front desk, and I got to cross in front of him, just behind the clerk (an actor with like, actual lines… I am so jealous!) he was speaking with.

Let me just say, that somehow, in between “Action!” and “Cut!” I forgot that my head hurt, that I was totally exhausted, and that my shoes were perhaps designed by the devil himself. I suddenly found myself focused on typing on a fake computer, answering a fake telephone, and reading over fake Montecito reports. I don’t know if all this counts as acting, but it definitely counts as fun.