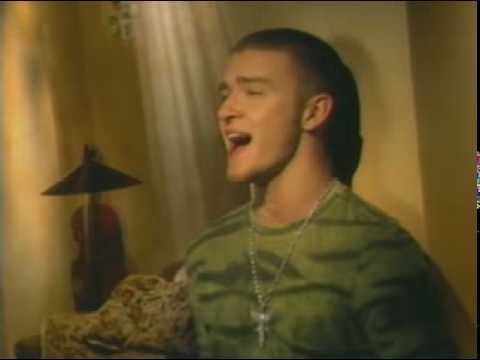 So, I’m sort of having a crisis of faith, here.

I just watched *NSYNC on MTV’s “Icon” tribute to Janet Jackson. And it left me shaking and not quite weeping and completely out of control. This disturbs me to no end.

It started out okay. Justin and Chris walk out. Justin looks vaguely cute, while Chris looks completely impish, and then Justin is not funny a whole bunch of times. This is all good. There’s no lust. I’m still adjusting to Justin’s hair. I still feel sorry for Chris, because he’s never gonna lose his little pooch, and because I can never, ever feel any lust for him at all.

But then they start the video. Right. The Video. I can’t even remember what the song was. It’s 30 minutes after I first saw it, and I am SCARED to go back and watch it, due in large part to my initial reaction to it. So. Yeah. The Video.

JC’s hair is absolutely hideous. I feel really sorry for him. This is good. But then there’s Joey. And he’s laying all casual on a couch and snapping his fingers, and looking very big and very warm and for a moment I just want to crawl onto his chest and start paying rent there.

And then it all goes to fucking hell, because there’s Lance. Not the Lance I’ve been admiring for the last six months or so. It’s the new Lance. The one I’m scared of. The one who is so fucking hot and confident that for the remainder of the video I pray they will never show him again because he makes me quake. Quake.

So instead of never showing Lance again, they give him speaking parts. Add to my pain a hotly half-writhing Justin. And I swear to God, had they shown Justin’s hips, doing what I KNOW those hips can do, at any point during this, I would still be completely incoherent.

Did I mention how freaked out I am by this? Did I?

Because I am used to wanting to lie down beside Joe and snuggle. I’m even sort of used to moaning at the sight (or remembrance) of Justin’s pelvis. But I am NOT fucking used to wanting Lance. Not at all. See, I want to take him shopping and pat him on the head when he tries to buy shirts with big pink stars and rhinestones. Only now. Now. Now I want him to pin me to the wall with that sex stare and stalk toward me with that intense energy he suddenly has in spades and I want his hand on the wall, the one with the leather and metal bracelet, right by my head and I want him to say nasty things to me in his phone sex voice. I’d beg for it, if I thought it could happen.

And when it’s over, I sort of whimper. A whole bunch of times. And I curse Melynee for living on the other fucking side of the country, even though I know she was having the same reaction three hours earlier and I wasn’t there for her. But I still hate her. Really hate her for a moment because I’m left with all this ANGUISH and I don’t know what to do with it. Call Michelle. Who didn’t watch. Who says, “You should call Amy, because she was on the floor speechless.” Why, you ask? Lance. Of course it was Lance. Only she doesn’t pick up the phone, and who can blame her, because it’s almost midnight. My only alternative is to hop online and groan and whimper and say “fuck fuck fuck i hate them fuck damn god” to a friend who has also already seen it and had the same reaction.

I fucking hate them. I do. And now I have this thing, on video, this thing that can make me behave like this scary, scary creature. Fuck.