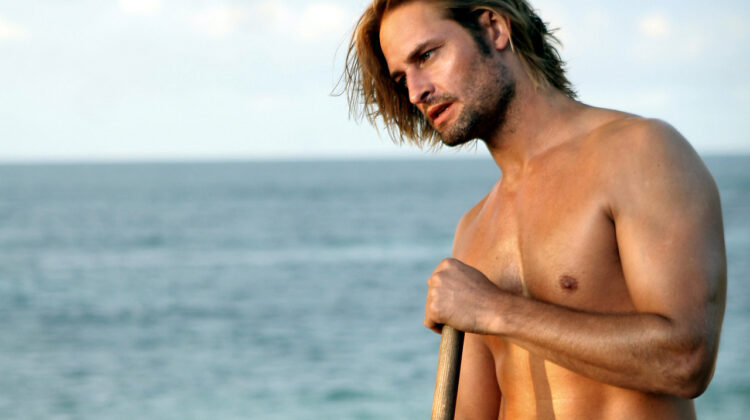 When I was in the sixth grade, my best friend and I had a crush on a boy named Jason. Jason was a year older, and was that intelligent-preppy-nerdy-sweet type of guy who wouldn’t be attractive to other girls for a couple of years. My friend and I had actual conversations where we patted ourselves on the backs for our good taste. How smart, how unselfish we were, to have chosen a boy who was not on the most-sought-after list.

From there I took a whirlwind tour through the debate team, the drama club, the school newspaper. I dated a guy who was in the school musical. I dated the quietest, most sensitive of all the skater boys. Eventually I married a goofy, adorable photojournalist, whose idea of a good time is hooking up a bunch of computers in one room and playing violent video games until four in the morning.

In other words, I have a long history of falling in love with the biggest nerds imaginable.

Even my celebrity/fictional character crushes work this way. My Buffy the Vampire Slayer favorite was Xander, my secret Popular boyfriend was Harrison John. Despite his floppy hair, big nose, and oversized lower lip, I lusted after David Duchovy for years. My well-documented *NSYNC favorite is Lance, for fuck’s sake, and it doesn’t get much more nerdy than that.

Imagine my shock and horror, then, when I found myself all aflutter over Lost‘s resident bad-boy Josh Holloway (Sawyer). Holloway is everything I have always shunned in a celebrity pin-up. For one thing, he looks like a pin-up. To quote Zoolander, he is ridiculously good looking. Everything about him is manufactured for me to lust after, from his wind-swept hair to his tan, bare feet. It’s as if the masterminds behind Lost did this to me on purpose; as if they created him just in case I didn’t like the show itself. Because I’m certainly sticking around to watch Holloway prowl about the island, regardless of what else is going on in the show. Quite frankly, the whole thing makes me feel kind of dirty.

In an effort to rid myself of this shameful crush (even my husband is confused by this unusual turn of events), I’ve decided to make a list of all the things about Josh Holloway that make me weak, just in case confronting the issue is what it’ll take for me to get over it, as if lust required a 12-step program. Let’s start at the top:

I love the way Holloway, as an actor, has mastered the combination of all that hotness, the Southern drawl, the biting sarcasm of Sawyer. In recent episodes, Sawyer has been almost pleasant, and I’m hoping this doesn’t signal a shift in his character. I actually like the way he’s an asshole, the way he’s always looking out for number one. If this is going to be the guy who leads to my undoing, I want him to take me kicking and screaming – no Mister Nice Guy for me. Somehow it makes me feel less dirty.

As I look over my list, I’m realizing a sad truth about myself: making a list was a bad idea. As a hyper-organized person, seeing it all laid out like this just makes me like him more, as if my own organization skills have been transferred onto Josh himself. At least I took the first step and admitted I have a problem. Knowing is half the battle. Etc.