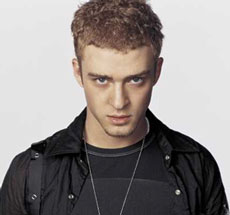 Thousands of half-naked teenage girls can’t be wrong. At least, that’s what I told myself as I sat wide-eyed in the sea of girl-flesh attending the Justin Timberlake/Christina Aguilera concert last Saturday night in San Jose.

A highlight of the set was a slow strip tease one fellow did in a cage while Christina sang some song or another. I don’t think a lot of the girls at the show had seen such a saucy display of man-sex in person before. The same could be said for the middle-aged woman in front of me by the way she was jumping up and down and squealing at the top of her lungs. I wanted to cover the eyes of the 12-year-old girl standing next to her. Good times.

Christina didn’t take herself too seriously, which I appreciated. She would let out the cutest giggles throughout the show, sometimes in the middle of songs. When her dress started falling off (unintentionally) during the Etta James standard “At Last,” she just kept singing, giggled some, and pulled it back up as best she could.

The finale was “Beautiful”, of course, and she came out wearing jeans, a t-shirt and no shoes. No bra either, as her nipples were three feet high on the jumbotron. Sure, her ta-tas are fake, but it was a fine, fine set.

My feelings about Mr. J.T.’s set are more complicated. It was way better than Christina’s, but I also had higher expectations. My expectations were so high, in fact, I was worried that Justin would get on stage and, unburdened by the sluggish dancing of Chris, Joey and Lance, set the place on fire, leaving people to say, “*NSYNC? No talent hacks riding Justin’s coat tails!” The show was good, but luckily for *NSYNC fans everywhere, five international superstars are still better than one.

Justin’s new big hits were the highlights. “Cry me a River” had an odd marching band beat to it and although “Like I Love You” was missing the Clipse rap it was snappy and upbeat with the kind of fancy dancing you would expect from Justin backed up by professional dancers.

His performances of “Gone” and “Girlfriend” lacked the energy they would have had with the rest of *NSYNC. Plus, I had to listen to a string of profanity from my wife when J.T. started doing the old *NSYNC choreography to “Girlfriend” with his backup dancers. “I hate that fucker. Mother fucker!” was typical. [Amanda: In my defense, wouldn’t Justin feel cheap recycling *NSYNC choreography? And, wouldn’t the rest of the group be pissed off that Justin felt he could replace them with hired guns? Cocky little…*grumble*]

The beat box portion of the evening lasted a long time and seemed to be enjoyed by everyone but me. Sure, Timba-Timba-Timbalake is the most talented beat boxer since the Fat Boys, but it’s just not my thing. He did the old “beat box with the drummer” routine, but this time added a DJ to the mix. Now, I don’t know shit about DJing, but I did see the Beastie Boys in concert once with their DJ, Mix Master Mike. Timbalake’s DJ was no Mix Master Mike. All I’m saying is if your new shtick is going to be hip-hop, you might as well bring a great DJ to the party and let him show off.

The thing I remember most about the show, however, is just how large Justin’s ego is. I’m sure it has always been huge, but now he can plaster his initials all over the stage. Best of all, no one can stop him from repeatedly milking the crowd by shouting things like “How you doin’ out there San Jose?” and “Let me hear you scream!” and “Are you not entertained? ARE YOU NOT ENTERTAINED?!?! IS THIS NOT WHY YOU ARE HERE!?!?!”

I once saw a picture of Mick Jagger prancing around on stage in tight pants and wondered what kind of mental place you had to be in to go out and entertain thousands of people at once with total confidence. Happily for all the half naked ladies at the show, Justin is comfortably and soundly in that place.