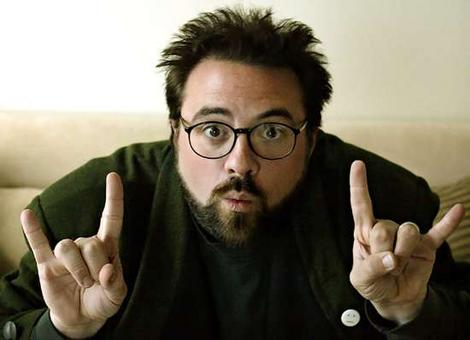 Well, no, the man didn’t impress me with his Heimlich skills or try to slip me the tongue with a little CPR. No kidneys were donated and as far as I can tell, I’m still as broke as I ever was.

But I’m still here, and sometimes that’s quite a feat.

I graduated college in May 1997 and decided to do the most logical thing to put me on the fast track to success: moved in with a friend for the summer and worked for the quintessential corporate trendsucker – Starbucks. M.K. followed suit with a sales position at Pier I and we embarked on a non-adventure of hedonistic slackerdom – emphasis on slackerdom.

It was ridiculously hot and we had no air conditioning or cable to speak of (I still can’t believe I survived three months without cable). We spent most of our time lying about on borrowed crushed velvet couches with the fans on high. (Sidenote: Crushed velvet and heatwaves, even in Buffalo, do not mix.) One of the few channels we got on our crappy reception was the local PBS station. WNED was running a fund drive, and had what I thought was a fairly innovative way of soliciting money than the usual three hour Wayne Dwyer shows with intermittent “give us three hundred dollars for a DVD!” breaks. Instead, they ran an auction – businesses donated weekend spa getaways and massages, or garden ornaments and reproduction prints, people offered up goods like crocheted blankets. But the Beanie Baby was king, and in the middle of their surge in popularity, a set of six was racking up donations in the 300 dollar range.

I was utterly addicted. I wanted the auction to do well, and would call out my predictions for what each thing would go for and mentally urge the viewing public to up their bidding. (Much like the way I listen to NPR drives, I get all hyped up by the hourly total, even if I usually think their “we only need 80 people and 150 dollars a piece” pleas are a but silly.) M.K. mocked me and my newfound obsession — yet her sass didn’t last long as less than a week in, I found her settled into her second hour of Beanie Baby and Blankie Bingo.

Not a particularly taxing existence, true, and all my non-auction free time only served to make me a sullen, introspective grump. M.K. knew that she was moving to Boston at the end of the summer, however I was at a complete and total loss for what to do next. Certainly there had to be more to life than serving overpriced lattes to people who constantly informed me that they preferred the vanilla hazelnut coffee from the convenience store down the block.

So I sunk a little deeper each day. I knew that I had to work on getting my life together, finding a job that would pay off my student loans and possibly leave me a small sum to play with. Every so often I’d haul my ass back to the university and search employment sites as if I were actually going to apply for a position or two. Once I even sent in a cover letter – I’m not sure if I ever heard back from them. Not that it mattered, really – it wasn’t like I was going to be any real sort of productive member of society.

My boyfriend wasn’t around to take my mind off things and most of my friends were busy working summer concerts. I was a lethargic slug, content to watch the fundraising auctions on PBS in hopes of freezing the anticipation of my impending future. It worked to some degree… little by little I numbed myself until my mental state settled on two modes: Vaguely amused and not vaguely amused.

One night in a desperate attempt to avoid the heat I slipped into the local arthouse to take in a movie.

Now, I had dug the Jersey Trilogy so far – even made the effort to catch the previous flicks in the theatre. I had wanted to see Chasing Amy for a while, admittedly for some sort of narcissistic reason. But by no means was I a raging fangurl. So I slunk into the back, settling into the dark for two hours and lost myself.

By the end, I couldn’t stop crying. The credits started to roll and all the couple-y dating folks quickly trailed out. (Who would see this on a date, I have no idea.) I reached for a stray napkin as Dave Pirner whined out his own frustration of being in an odd sort of love triangle. Still crying. The lights came up and the minimum wage attendants waddled in to clean up. By that point, I didn’t try to hide my streaming tears. I’m sure they were laughing at me. I mean, who the hell cries at a Kevin Smith flick? They’re comedies for crissakes!

I do. The pathetic sap that I am cried and cried and cried the whole way home. I cried as I went through the drive-thru and cried as I had to park my car a few blocks from my home. My apartment was silent and empty so I turned on the television and sniffled my way to sleep.

I wanted that… that pure emotional connection to someone that makes you do all the crazy things: The impromptu, humiliatingly honest monologue that Holden delivers, the hesitating edge of abandonment that Alyssa teeters on until she decides to jump into a world she had decided she didn’t want, the quiet times in a lover’s arms content and at peace. I even wanted the bad, angry stuff; one of my favorite scenes is the confrontation outside the ice rink. Where Alyssa goes off in a fit of fury and throws herself against the car with a wail of entangled desperation. I wanted to love someone so much that I would do whatever necessary, even if it involved leaving them so that they could grow. I wanted to have that effect on someone’s life the way they had affected each other.

My chest ached when I woke up and I felt like I had been the one going through the celluloid breakup.

It was the first thing I had felt in weeks.

I dragged myself out of the apartment sometime in the afternoon and down to the rental store. Brought Mallrats home and taped it. The next day I did the same thing with Clerks. For the next two months I had that tape in the VCR. I seriously cannot count the times I’ve seen Mallrats – heard Brodie’s “techno boogie” or laughed as Willem finally saw the damn schooner. (To this day, I still say “When do I get to see the sailboat?”) Clerks took a little more getting used to as a daily drug — I still prefer Mallrats when in need of some mindless fun.

They were my Prozac, my stabilizing anti-something. Depressant? Psychotic? Lethargic-Grump? For some reason, they managed to keep my emotional state on an even keel – keep me buoyed in unsteady waters. I popped them in after a long day of grinding beans, or used them to psych myself up for a day off. Curled up on the crushed velvet, I’d stare at the television for hours, alternating movies with the rip-roaring PBS auctions until I had filled myself with enough laughter and resulting energy to shower and head out.

On my trips back to the university, I’d hit the View Askew website and read through any and everything they had posted. Check out Kevin’s posts, travel around on a virtual trip through the office and basically see what other fans had to say. Not so surprisingly most of them were a bunch of smart-asses, with the occasional intelligent ass. And there were other people there who were as affected as I was by the flicks; I can still recall a couple of posts that moved me to tears and the heartfelt responses by Mr. Smith himself.

Occasionally, I’d slip over to a job site and look around as well. Occasionally.

I’m sure M.K. got bored of watching them, but her boat-rocking-in-a-storm-y mental state wasn’t anchored too far off shore from mine. We traded off between the PBS Auction and the videos, occasionally pretending that our reception really did come in. I sat in front of the television writing up cover letters and revising my resumé on her laptop. Eventually we started to leave the house more: go for a ride, get ice cream, take her purchases back to the mall so I could return them because she felt guilty.

In August, I toed the line between gratitude and scary fangurl and sent Kevin a birthday present. A small sandalwood Ganesha – the remover of obstacles — with a letter pretty much outlining what I’ve said here and thanking him. To my surprise, I received a quick note back thanking me for my package. It was all good.

Come November, I moved back home and held down a pseudo-part-time job as I continued to slack. Heard about a festival-of-sorts View Askew was holding in Red Bank and snagged a few tickets to go. I didn’t have many expectations, just a nice little trip to see the places I’d heard about over and over. Drove out with a friend in January (the day before I started my “first real job”) and prepared myself for 12 hours of dick and fart jokes. I learned that I had yet to truly understand the meaning of the word “fangurl.”

Anyway, I met the man. I was nervous and hesitant, waiting until people had gone into the second screening to go up to him. As he signed my scriptbook, I asked him if he ever received my present, the Ganesha. That’s when he stopped writing and looked at me, his eyes crinkled. “That was you?” he asked. “Thank you so much. I love it. It’s on my desk at work – I look at it every day. Thank you!”

Such unexpected gratitude, or rather, an unexpected outpouring of gratitude. In a time where I felt so unsettled, so worthless, I got my own three hundred dollar Beanie Baby that I didn’t know how much I needed. Sometimes it hurts to find out that our inspirations have feet of clay. You build people up to some impossible degree, place them on a pedestal so high they can touch the gods. But sometimes you see that they are honest, down-to-earth people like you are, and it reminds you that you, too, can achieve what they have. If you’re lucky, they can also help redeem your faith in the fact that there are still decent folks out there.

And sometimes, you find that the simplest things can save your life.