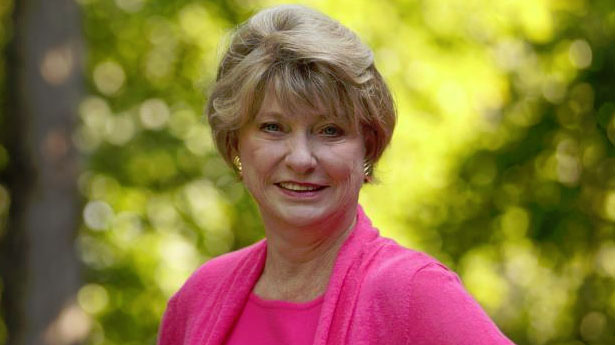 Janet Howell quickly went from Virginia State Senator to viral celebre on January 30, when she made the bold move to add a floor amendment to a bill requiring women to undergo an ultrasound before having an abortion. Her amendment to the bill introduced by Sen. Jill Vogel, would require a digital rectal exam and cardiac stress test for any man before they could receive erectile dysfunction medication.

“We need some gender equity here,” Howell told HuffPost. “The Virginia senate is about to pass a bill that will require a woman to have totally unnecessary medical procedure at their cost and inconvenience. If we’re going to do that to women, why not do that to men?”

Abortion-rights supporters have long been vilified while we’re still inundated with television commercials for various ED meds. This perpetuates the message that men have an expectation to a sexual life — and will demand one through better chemistry — while women should be forced to deal with the hand they are dealt, even if it’s against their will. (Right, Rick Santorum? Rape victims should “make the best out of a bad situation”?)  There are a lot of places that we need gender equity and this is certainly a great place to start.

Unfortunately, but unsurprisingly, the amendment failed to pass through the Senate. But it was a very close vote of 21-19, with six women and thirteen men supporting Howell’s addition. And there has been the added benefit of a big spotlight on Howell and her choice to stand up for women.

A friend emailed Howell and thanked her:

Although I am not one of your constituents (I live in Jacksonville, Florida), I read on Huffington Post about the amendment you submitted to an anti-abortion bill in the Virginia Senate and I wanted to say thank you. In a time when women’s reproductive rights have come under heavy attack, it’s just so nice and encouraging to see someone stand up for equality and fairness. I hope that your protest caused people—constituents and representatives alike—to think more critically about legislation such as that one and see that reproductive freedom, without any caveats, is an essential aspect of freedom in the U.S. today.

Thank you again for your stand and for reminding me, all the way down here in Florida, that awesome things are still happening in government.”

Howell responded, “Thank you for your email!!! I am truly amazed by the support I am getting.”

Virginia has a fantastic lady on their side and we support anyone who is pro-reproductive freedom and liberally uses exclamation points.