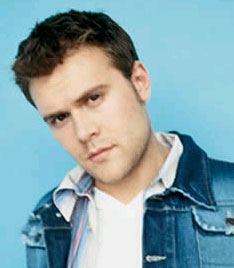 Think of Daniel Bedingfield as a control group. The 23-year-old Brit says he wrote and recorded most of Gotta Get Thru This sitting in his underwear in his London bedroom. The debut album, just released in the US after spawning two number one hits in the UK, could be the lovechild of Justin Timberlake and JC Chasez. It’s a solid cross-genre pop effort that succeeds in no small part because it sounds a little like almost everything you’ve heard on the radio already.

Because he’s doing his darnedest to blend pop, R&B, garage and rock, Bedingfield has been most often compared to Robbie Williams, George Michael and Craig David. But while his well-placed growls echo Williams and the two-step backbeat is clearly David-inspired, he sounds like nothing so much as the collective offspring of *NSYNC’s solo efforts. That’s not a bad thing – it will keep him well within the “edgy pop” demographic of young women and club-trouncing gay men, a surefire marketing strategy for stateside success.

Bedingfield’s songs are thickly-layered, bordering on overproduced, but saved from their most saccharine pleas by pure energy. He’s earnest about love like he invented the concept – if Timberlake had dated the girl-next-door instead of Britney and otherwise rarely left the house, his album would have sounded like this, too. And if Chasez’s full release is anything like his single for the Drumline soundtrack, there will be even more frenzied, footloose trip-hop in the air.

The songs work best when Bedingfield embraces the crunch sparkle pop of clubland heartbreak. “Gotta Get Thru This,” the sleek, Armani-clad first single, sounds and looks ambiguous and addictive – you don’t know what the hell it is, but you want to get up and dance. (The acoustic version that closes the disc is also a perfect mix-CD cut.) “Blown it Again” nearly gets weighed down by a pointless rap interlude, but the regretful hook carries you to the end. “Friday,” the most relentless of the dance tracks, features Bedingfield gloriously anticipating his girlfriend’s return and castigating himself for any fun he’s managed to have in her absence.

Varying slightly within the sucrose vein, “James Dean (I Wanna Know),” released as a single in the UK, is a little odd – comparing yourself to such gay icons as Dean, Freddie Mercury and Sly Stone must pull more chicks on that side of the pond – but the pulsing electronica makes it stick together. This is a guy, after all, who thanks four different women on three different continents for inspiring his lyrics, and even announces on “He Don’t Love You Like I Love You” that his rival for a lady’s attention don’t want to have your children as badly he apparently does.

Despite the bigger-than-life effects, Bedingfield’s voice is clearly strong enough for the two-step stripped rocker of the bunch, “I Can’t Read You.” His range carries the swooping ballads (“Honest Questions” is a tad Duncan Sheik), but “If You’re Not the One” sounds like the worst of the Diane Warren–penned Ricky Martin album-fillers. Someone in the UK must actually listen to this track all the way through – it topped the charts there. While we’re cataloging experiments gone awry, “Inflate My Ego,” set to the tune of the “Peter Gunn” theme, might be seductive if it wasn’t so damned distracting. That’s not a sample, it’s a TV show soundtrack.

Still, the album as a whole winds up feeling original, a mish-mash of influence concocted in a home lab. Bedingfield is his own mad music scientist, and somewhere in there are slices of Justin’s DNA, and of JC’s and George’s and Robbie’s. He’s created a post-modern pop Prometheus, and if the monster can get over himself and just get down, we’re gonna get through this just fine.