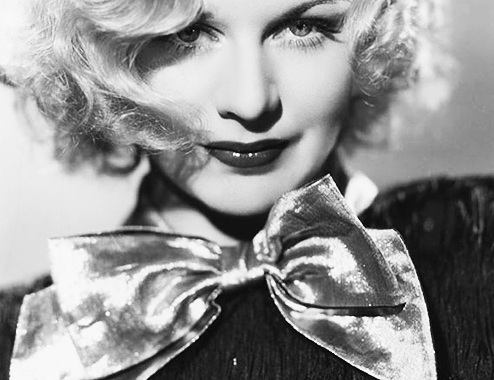 It shouldn’t come as a surprise to anyone reading this that I like reality television. Ok, fine, I love reality television. I’ve watched almost every season of Survivor. America’s Next Top Model and The Apprentice are part of my regular viewing schedule. As soon as The Amazing Race and American Idol start up again, those will be added to my list of appointment television. I’ve fallen prey too many times to count to any of MTV’s various Real World/Road Rules/Making the Band marathons. Even while I was in Italy, my Tuesday nights were reserved for Il Grande Fratello, the local version of Big Brother.

It was with great glee, therefore, that I read eiddy’s email which informed me that my shot at reality television glory – in the form of a spot on The WB’s spanking new show The Next Hollywood Starlet (working title) – was there for the taking.

The first thing to do was check out the website. After quickly scanning the site, it became clear that the submission process broke down into two parts: a written application and a videotape. Fueled by adrenaline, I downloaded the paperwork and sat down with a pencil Two hours later, I started wondering what it meant that trying to get onto a television show made my college application process look rudimentary.

The written application was 15 pages long, and broken into five sections (general information, “Professional,” “Personal,” “Allergies/Food/Medical/Background,” and “Rules and Eligibility”) including over 30 questions which required complex answers. Questions moved from the obvious – “Why do you want to be an actress?” and “Why do you want to participate in this show” – to those designed to break the respondents into “types” for quick digestion by the show’s producers – “If you had a catch phrase or motto for your life, what would it be?” and “What is the most outrageous thing you’ve ever done?” I spent quite a bit of time on these, analyzing my motivation (“I want to be an actress because I can’t imagine doing anything else – or at least, I can’t imagine doing anything else day after day, year after year, and felling completely happy and fulfilled”) and attempting to be as honest as possible (“I haven’t ‘made it’ yet because self-promotion doesn’t come naturally – or enjoyably – to me, and I wasn’t lucky enough to be born with the right connections to get in the door that way”). Yes, that’s right, I chose honesty as my main tactic when attempting to fill out an application for a reality television show. It’s sort of an ironic position to take for someone who has committed her life to acting, but one of the few things I try to do consistently in my life off the stage is not pretend to be someone I’m not. Unless, of course, I’m being hit on by scary, drunk men. I knew I likely wasn’t helping out my application with an answer to “Which nationally recognizable actress do you consider yourself most like?” of “Like Allison Janney, I am of a height that carries with it a certain presence. I am also comfortable with moving from quirky physical comedy to heartfelt drama” but hey, at least I wouldn’t have to worry about law suits stemming from charges that I had misrepresented myself.

From there, the application moved into the questions I should have expected from a genre that thrives on interpersonal conflict. “What type of person do you find it hardest to live with or get along with?” “What makes you angry? When you are angry how do you react?” “Do you cry easily? When was the last time you cried?” I’m fairly certain “I get quiet when I’m angry, and tend to shut myself off from the situation” isn’t quite what the producers were looking for, but hey! True! And although I freely admit that the last time I cried was earlier today over a Publisher’s Clearing House commercial, I’m not going to start blubbering because another competitor got the bed I wanted, so why pretend?

Finally, I came to the questions mandated by the lawyers: “Have you ever been diagnosed with or treated for alcoholism or any other drug-related addiction?” “Have you ever been arrested, charged with or convicted of a crime?” And I can’t forget the ever-popular, “Have you ever had a restraining order issued against you?” While I answered all these questions in the negative, it wasn’t clear to me whether that was the expected – or desired – response.

Completing these ten pages brought me to the Rules and Eligibility portion, which was concerned less with such mundane details as my age – in most states, I only had to be over 18 – than it was with the fact that I was in no way affiliated with The WB, on the run from the law, or planning to use the show to launch my bid for political office. I had to be willing to ski/ice skate/rollerblade – perhaps to death – and needed to understand that the producers would be actively digging up any dirt they could find on me in areas including, but not limited to, family secrets, mental health, and sexual history. Boy were they going to be disappointed on that last one. I had to accept the fact that if chosen as a contestant, there would most likely be a camera on me every moment of every day (whether I saw a camera or not) and that it was exceedingly possible that the producers would be revealing humiliating information about me to millions of viewers (much of it quite possibly untrue) with me signing away all rights to legal action. If selected as a semi-finalist, I would receive a “Semi-Finalist Package,” consisting not of shiny new toys and promotional swag, but further piles of releases, forms, agreements and authorizations. Finally, these requirements could at any time be completely thrown out and rewritten, according to the whim of the producers. All I had to do was sign. Sure, it sounded a little doomsday-like, but not outside the realm of what I expected. Before I put pen to paper, however, I decided to move on to the second part of the process: the video.

This video was to lead off with a getting-to-know-you segment. First, they wanted a nice, intimate two-to-three minute introduction; just me talking to the camera. No doubt extra points would be given if I were wearing lacy pajamas, or lying stomach-down on my bed, swinging my legs behind me and speaking earnestly. Trying to imagine it in my head, I could only get as far as “Hi. My name is Melynee and I have no idea what the hell I’m doing” before breaking into hysterical laughter. Next, TNHS wanted a segment of “Behind-the-Scenes Footage…at work, in your home, your hobbies, etc. — to give us the flavor of your life,” which was supposed to show something active. This portion would not only involve enlisting a cameraperson – thereby enlarging the circle of embarrassment – and the blessing of the gallery owner for whom I work, plus my co-workers, but would no doubt be filled with such “action” shots as me turning the pages of a book, or fast-forwarding through the commercials on Rescue Me. Last, but not least, the video was to close with me performing a monologue – and not just any well-written, frequently-performed monologue of my choice. No it would be one of the four most asinine monologues I have ever read, no doubt written by WB interns especially for the purposes of this competition.

I was, as you can tell, beginning to rethink my decision to apply. On top of recognizing that I probably wasn’t – temperamentally or otherwise – quite what the show was looking for, I realized that, aside from the exposure and opportunities I would get if I actually won the damn thing, I didn’t really want to be on a reality TV show. I didn’t want cameras monitoring my behavior every second of the day. I didn’t want my life and history, and those of my friends and family, shaped by the prurient whims of film editors. Then there’s the fact that I’ve seen enough Average Joes and Joe Millionaires to know that there was no guarantee that the show was even going to end up being what I thought I was signing up for. Reluctantly, I abandoned my fantasies of walking down the red carpet with a newly-divorced Brad Pitt, and came to my decision. Will I be The Next Hollywood Starlet? Doesn’t look like it. Will I be watching? Wild horses couldn’t keep me away.