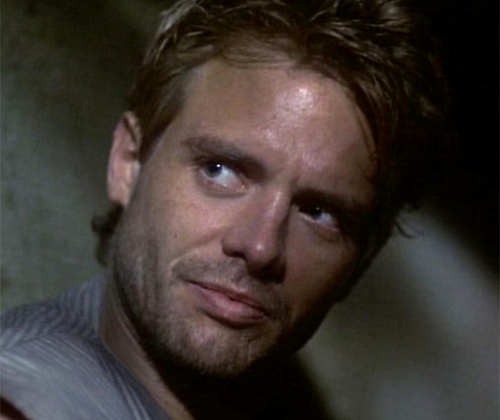 When Michelle asked me to come up with the Top Five Michael Biehn movie lines, I said “Top five? It’s too hard! There are so many melodramatic gems out there to adore, and emulate!” But apparently not too many to enumerate, so here you go:

5. “I like to keep this handy, for close encounters.”
The effect is totally lost if you don’t have the shotgun cocking sound in the background. Adds just the right amount of phallic testosteroney goodness. Cpl. Dewayne Hicks, Aliens

4.“MARINES! We are LEAVING!”
Also loses some of the effect if you don’t have people screaming in agony in the background. However, it works well in any occasion;I have used it to signal the end of a meeting. It works wonders in not only wrapping things up, but also waking up those who have had the bad grace to fall asleep. Nothing like a good military yell to keep the blood pumping. Also Aliens

3.“I know we’re all in pretty strung-out shape, but stay frosty, and alert. We can’t afford to let even one of these bastards in here.”
Woo hoo! Corporal Hicks is on a roll!

2. “I wantcher BLOOD and I wantcher SOUL and I want em both RIGHT now!”
Johnny Ringo, Tombstone

And the number ONE top MB melodramatic line in a motion picture is:

1.“I CANNOT GIVE THAT ORDER! I WILL NOT GIVE THAT ORDER!”
This is also useful for many occasions, but I find it handy when pestering waitstaff will not give you the five extra minutes you want to make up your mind between the vegetable lasagna and the cheese tortellini. Captain Anderson, ill-fated Navy SEAL commander in The Rock (See Top Five Michael Biehn Death Scenes.)

Ooh, but where am I gonna fit in that they spilled the same blood in the same mud? I soooo love that line. I think that’s better than the Marines line. So, instead, put in “General, I know why you’re here and God knows I agree with you. We’ve spilled the same blood in the same mud! But I took an oath to defend this country against ALL enemies, both foreign AND domestic!” Give that one an honorable mention, if only because when I was swearing in for admission to the federal district court in my state I had to take an order to defend MY constitution against all enemies, foreign and domestic. And I felt all macho when I did so, because I used my Captain Anderson voice. Woooo!