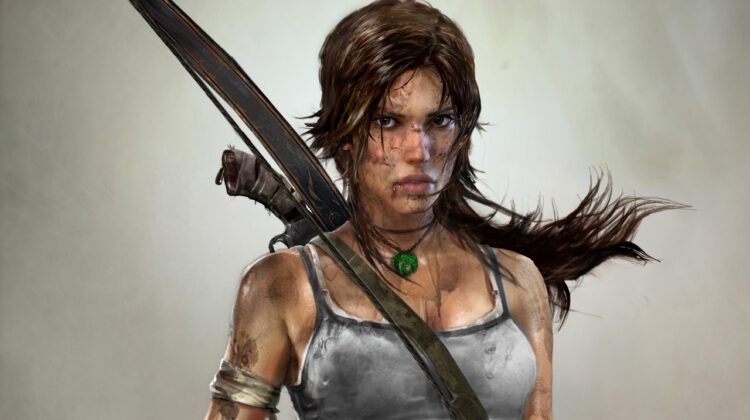 Lara Croft and the Tomb Raider video games hold a special place in my heart. I’ve played the games, I own all the comics, and at least one action figure. Lara is one of my favorite go-to female characters when I am looking for fun-time adventuring. She solves puzzles, fights and kills a menagerie of creatures – including but not limited to dinosaurs, wild board, and scorpions – and swings from vines over chasms to the center of the Earth for fun. She shoots from the hip and laughs in the face of danger.

Lara Croft is not a woman to be messed with, and her games are both ridiculous and fun.

Recently I heard that in the Tomb Raider reboot I have been eagerly anticipating, the creative team decided that they would include a rape/attempted rape scene. I didn’t believe it, couldn’t believe it, and so I surfed over to YouTube to check out the trailer they premiered at E3 2012.

After picking my jaw up off my desk, my nerd rage activated. Because my strong and fearless Lara Croft is nearly raped in this new game. Really, Crystal Dynamics and Square Enix? You thought it would be a good idea to rape Lara Croft? Not just rape her, but make the player experience that? Really? Thank you, game developers for making Tomb Raider, a universe that I’ve loved for years, into something I don’t want to play for fear of being SEXUALLY ASSAULTED.

Now, some people have said that this could make Lara Croft more relatable to women gamers, and help male gamers understand what it is like for their female friends/family/fellow human beings, who have to worry about unwanted sexual harassment/assault all the time. Just an FYI — there is never a time when I am playing a video game when I pause it, squint my eyes and think: “You know what this game needs? Rape. There is not enough rape happening on my screen.”

Here’s a tip for you game developers: just because there are reports that say that high percentages of women experience unwanted sexual advances and assault, that doesn’t mean we want that in our games. In fact, I will put it out there that one reason I play video games is because there is a very real lack of chance for getting raped. Watching Lara Croft – the Indiana Jones of video games – get even almost raped does NOT make her more relatable. In fact, it alienates players, and could easily end up triggering both men and women.

For the latter part of the above argument, maybe I am cynical and jaded, but if real live women who discuss why they are afraid of rape in real life isn’t enough to break through the veil of mystery surrounding fear of sexual assault, slapping it into a video game isn’t going to make the case for these men. Now, I think that most men are not stupid, and they can and do have a grasp of the issues with women and rape. So that argument is insulting, not just to women – who in that scenario are less real and important than a fictional character – but to men, who are assumed to be too stupid to understand a concept if not presented to them in something like a video game.

These are, however, not my only issues with this. There are two major complaints I have, and they fall under the following: 1. The offense factor, which is just as much, if not more disturbing by arguments and justifications made; and 2. The laziness factor.

It has been argued that, because the reboot is gritty and realistic, it would stand to reason that if Lara found herself in that situation, of course she would almost be raped.

Let me explain to the people who would make this argument a little something you might not know. Lara Croft and the situations she finds herself are invented. Fictional. Fake. So, yes, if she were in the real world and somehow managed to survive everything else in the game up until that point, maybe she would indeed find herself under the rape-gun. But this woman has made a career of falling off of tall things then warping back to the top. Up until the attempted rape part of the Tomb Raider trailer, we see her thrown off cliffs, crushed, shot at, blown up, and fall 40 feet to be impaled on a bone.

That crap ain’t real. If it were, she would be dead. Not kinda, or sorta, but most definitely dead. There is no conceivable reason to accept the magical aspect of the game, and then insist that it would violate the Laws of Realism to make her not get raped/almost raped. That is just madness.

Need further proof? Her butler. Any franchise in which that undying bastard exists is not one of gritty realism.

Now, let’s talk about using rape as a cheap and easy way to create fear and tension, for a second. When I saw the trailer, I tried to imagine how the conversation went when raping Lara Croft came up. It seems like the following dialogue could very well be how it went down.

Head Guy: We need something to make this game dark and intense. Frightening and hard hitting. You know, like everything coming out this year.

Head Guy: Nah, it’s about a girl. Just make her almost get raped. That will immediately take all the ladies to that dark, scary place, and make all the men want to be heroes.

Maybe I am being uncharitable and there was lots of thought and love put into the idea of raping the hero of the game. The hero who the players are controlling and embodying, if not for THE scene, then at least for the game. Except that, funny enough, there are a million ways to achieve the gritty realism that they seem to be going for. And, oh look, they chose to do none of them. Seems a bit lazy and irresponsible to me.

Also, side-note camera two, isn’t it interesting that no male action-game heroes have ever been put through the same treatment? The reboot, from the trailer and game-play demo, is more reminiscent of a later Resident Evil game – say 4 or 5. Neither Leon, nor Chris, find themselves being held down and stripped. Yes, they fight zombies, but Lara Croft fights dinosaurs.

In an interview with Kotaku, executive producer Ron Rosenberg said that brutalization and attempted rape of Lara would force the character to grow, and make people want to protect her. The same character who was once strong enough to defeat prehistoric beasts is now one that needs to be protected. Nay, the developers WANT us to feel like we have to protect Lara. Rosenberg went on to say that players do not project themselves into the character, like one would a male protagonist. On the face of it, it seems like he is saying that, not only do people not identify with female protagonists, but that they should be protected from the big, bad world.

I have been accused of making a big deal out of this, and that lots of other things have rape, or equally hard hitting and dark, themes in them. One lovely commenter on the vast internet brought up The Hunger Games, where children brutalized and killed one another, for example. This commenter’s point was (paraphrased fairly, I assure you): ‘If you have a problem with Lara Croft getting raped, you should have a problem with all stories where bad things happen. But you don’t, so you are being unfair/inconsistent.’ I have seen these sorts of arguments before. They are kissing cousins to the “you are offended, which makes me feel awkward so I am going to make it seem like you are overacting or being too sensitive about this” arguments. They are, “but Johnny is doing it, so why am I getting in trouble, you are just mean/unfair/a bitch” arguments. Victim-blaming at its best.

The fault lies not with the offended, but with the offender. The fault lies in the rapist, not the victims. Johnny and his friends are busy walking around with lit cherry bombs in their front pockets, so think long and hard about comparing yourselves to them. I am not making a huge deal of it. I AM however making A deal of it. A Deal is being made. As it should, because otherwise no deals are made and crap like this flies.

Bet you are thinking, but really though, are you saying it shouldn’t ever be spoken of or depicted in media? Of course I am not saying that. Rape, like all painful subjects, absolutely needs to be talked about, for many reasons. But there are instances, like this one, where including such scenes are not just pointless, but tasteless. Zero taste involved. This rape/attempted rape does nothing for the plot or character development, and adds no nuance.

Unless the statement is that, in order to become a bad ass, a woman must be raped. But, even in the middle of my most intense nerd rage, I refuse to believe that the developers were thinking that. I don’t think the people who made this game are evil — just irresponsible and insensitive.

I have been accused of not understanding the purpose of the reboot. That Crystal Dimension and Square Enix had a vision and wanted to take Tomb Raider to darker places. Maybe, but it seems like the developers have forgotten what makes a Tomb Raider game not the next Call of Duty Modern Warfare 625 or Resident Evil 38 (all of which I love, by the way) – it’s fun. Hell, it seems like fun wasn’t even a factor in this game. And the fact that people have forgotten that Tomb Raider is SUPPOSED to be fun and tongue in cheek, instead of gritty/dismal/horrific, makes me think that THEY have missed the point in the opportunity presented to them when making a reboot.

Do we introduce new audiences to this franchise, while updating the aspects of the previous games that were clunky and glitchy? Or, do we produce the same game as everyone else in the past five years, and slap a Lara Croft skin on it?

The latter? Oh, okay. But, it needs something to make it edgier.