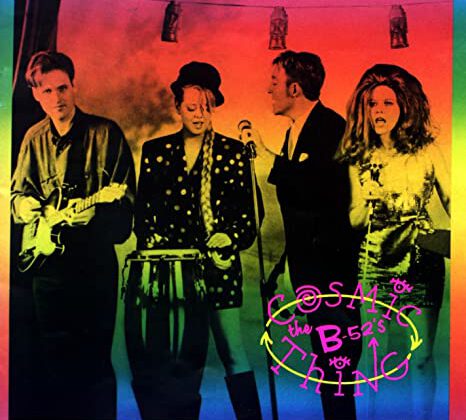 I’ve been feeling really old lately, which I realize is kind of obnoxious since I’m in my 30s. Okay, my mid-30s. My ever so-slightly later mid-30s. Yeah, this isn’t helping. What also hasn’t helped was a random Tumblr reblog meme a week or so ago where the original poster lamented all the younguns on the site and asked folks to reblog if they were born 1990 or earlier. 1990.

So, yes. I’ve been feeling really old, and thus probably even more susceptible to bouts of nostalgia brought on by even the smallest inklings of memories when I was younger. Like when I woke up at 4am the other morning and VH1 Classic was playing 120 Minutes. I’ve often addressed how 120 Minutes shaped my musical tastes and my life growing up and how one day, one day I really will transfer all my old VHS tapes from 1989-1992 to DVD. I don’t think this was a proper old episode, or even one from the recently revived series with Matt Pinfield — but rather a collection of videos from my own personal heyday. It kicked off with the one song that is custom-made to pluck along at my heartstrings: The B-52s “Deadbeat Club.”

This was my Deadbeat Club. Cosmic Thing came out in 1989, shortly before we all started hanging out. I will always associate that album, especially “Love Shack” and “Deadbeat Club” with this group of people. There was a kind of innocence that we laugh about now, with sober co-ed sleepovers where it would never dawn on us to actually fool around. We’d go on midnight walks to the tiny beach on the lake, or have ridiculous car chases in the neighborhood. (That last one is far less innocent, and rather dangerous, now that I think of it. The kayaking excursions were far more safe and silly.) Make up birthday songs for each other and hang out at the boy’s gigs at American Legion Halls.

I was good, I could talk
A mile a minute,
On this caffeine buzz I was on
We were really hummin’
We would talk every day for hours
We belong to the deadbeat club

Anyway we can,
We’re gonna find something
We’ll dance in the garden
In torn sheets in the rain

The lyrics of this one always get me — they illustrate our experience so vividly, so emotionally. When I told Jess about coming across the video the other morning, she said, “I always cry tears of joy when I hear that song, for a small amount of time I felt like I found some of my kind.” I don’t always tear up, but Deadbeat Club makes me catch my breath and feel fun and loved and ridiculous and carefree for just a little bit longer.