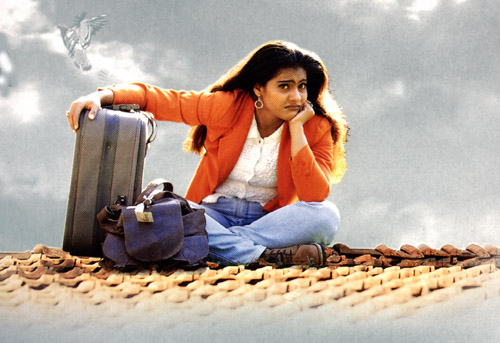 Pleased to be making your Bollywood acquaintance.

First, let’s define the term “Bollywood.” Clearly referencing the heart of the American (or “Amrikan”) film industry, “Bollywood” comes from the “B” in “Bombay” and refers to the corresponding cradle of Hindi-language film, which puts out over 600 full-length feature films a year. Since the city has been stripped of its British colonial rule moniker and changed to “Mumbai,” after a regional Hindu goddess, this nickname makes far less sense than it used to.

Fortunately, nomenclature isn’t the key to a Bollywood film. There are some basic traits that a film must have in order to qualify.

1. The flim must be a Hindi-language film. Too many people assume that “Made in India” means Bollywood and, oh, my dear sahibs and sahibas, so is not the case. There are over 200 languages and dialects spoken in India and each main region has its own mini-industry. Some major ones include Tamil (from which Bollywood often mines source material), Bengali (Go, home team!), and Gujurati. (Please do be forgiving me if I left you out. No offense is being intended.)

2. It must have musical numbers. Yes, this brings to mind people bursting into song in the middle of a gunfight and, yes, I can assure you that it has happened, but music is something that, in India, bridges all cultural gaps. Music conveys emotions and moves story and connects a wide range and class of viewers to the text…which is why Bollywood movies sell so well all across India and over the world at large. You don’t need to speak Hindi to understand something portrayed through dance and song and subtle touch.

3. People getting wet. This isn’t really an official trait, but it’s a frequent enough motif to warrant a mention. Since most Bollywood cinema is devoid of sex scenes or even kissing, intimacy and titillation often come from an unexpected rainstorm or a broken fire hydrant or a dip in the river. The heroine usually wears white for the see-through potential — although there was a streak of movies in the mid-90s where directors switched it up and dressed them in yellow. (Yes, Raveena Tandon, I’m looking at you in Mohra. Writhing in canary yellow at a construction site? Yikes!)

Along with the official traits, there are some unintentional side benefits, things that Bollywood brings to the table like a free tray of deep-fried appetizers.

1. The women are accessible. Aside from a few former beauty queens like Priyanka Chopra and Sushmita Sen, most of Bollywood’s heroines are girls-next-door (Unless you live in Podunk, Wyoming. Then, they’re not next door.) Their faces actually move and it looks like they remember – and enjoy – what butter tastes like. 1980s queen Sridevi was nicknamed “Thunder Thighs,” not because she was curvy, but because that lushness didn’t stop her from being the best film dancer of her day.

2. There’s a reason they call it “The Him-a-lay-as.” Here’s the thing about Indian men: Their concept of normal male behavior is completely different from that of Amrikans. Holding hands with each other, hugging and crying isn’t out of place in Bollywood. From the sexually-charged leg patting when Khalnayak‘s Jackie Shroff questions his prisoner, Sanjay Dutt, to Karan Arjun‘s Salman Khan and Shah Rukh Khan playing brothers who make Supernatural‘s Sam and Dean Winchester look distant, Bollywood movies have been bringing “the gay” since long before Hollywood was making mountain movies.

Where we are making transitions for the Angrezi-espeaking public.

Dropping straight into a foreign language film can be daunting, so it’s always nice to transition gently, acclimate, like getting the cholera vaccine shots before you head over to India to find yourself. These are three movies that exemplify the bright color and texture of Bollywood while keeping a Western flavor.

Bride and Prejudice (2004) – [Bend It Like Beckham‘s] Gurinder Chadha’s rollicking remake of Jane Austen’s novel is pretty much the best introduction to Bollywood that I can think of. Starring former Miss World Aishwarya Rai, it features catchy songs, a hunky hero, and a Gratuitous Gospel Choir — you can’t go wrong. Bonus points for Lost‘s Naveen Andrews getting his MC Hammer on.

Bollywood/Hollywood (2002) – Canadian filmmaker Deepa Mehta’s homage to the Bollywood genre, starring ex-MTV India VJ Rahul Khanna and model Lisa Ray. It’s hilarious and I admit I totally stole much of my tone for this piece from this film. It manages to respect and mock the genre and the culture at the same time and, in the process, tell a very sweet story.

Neal ‘n’ Nikki (2005) – Although it did poorly in the homeland and got horrible reviews, N&N is a perfect example of East Meets West fusion. It has an equal amount of English and Hindi, salaciously sexual dialogue, and yet still brings the story back to the typical Indian family values of love, marriage, and family. It’s funny, sexy, and the lead actress, Tanisha, is a delightful departure from typical Indian film heroines. She embraces her sexuality, knocks back alcohol like it’s going out of style, and holds her own against the womanizing hero.

Bollywood directors get a lot of flak for blatantly ripping off Hollywood films but there’s also something to be said for translating films geared toward a Western audience into a context that a more conservative culture can accept. I actually advocate it, because I still remember my cousins being scandalized when they rented The Terminator from the local video stand and the tape was stopped right at the sex scene. The fact that the movie is about way more than sex was completely lost on them and whoever had watched it before. So, behold, my favorite remakes:

Pyar To Hona Hi Tha (1998) – French Kiss. It would be easy to call Kajol India’s Julia Roberts, but as the brash, multi-talented daughter of a Bollywood dynasty, she’s more like Drew Barrymore. She stars in this remake with her real-life husband, Ajay Devgan. He brings a brooding sexiness to the Kevin Kline character and she brings a little more depth and a little less neurosis to the Meg Ryan character. The downside? They totally rip off the opening guitar riff of Bryan Adams’ “Have You Ever Really Loved a Woman” for their title track.

Kaante (2002) – Reservoir Dogs meets The Usual Suspects. A slick heist drama that’s definitely pulling from Hollywood in myriad ways. It stars two of Bollywood’s best action heroes, Sanjay Dutt and Sunil Shetty (you don’t even need a sherpa for their Him-a-lay-an peak), as well as The Big B, Amitabh Bachchan. Gratuitous violence, gratuitous theft of Western motifs, and just a general good time.

Bunty Aur Babli (2005) – Not so much a remake as an homage to Bonnie and Clyde, this stars today’s busiest and most sought after pair, Abhishek Bachchan (his famous papa was in Sholay, below) and Rani Mukherjee (the cousin of actresses Kajol and Tanisha). This film is just a lighthearted, easy-to-watch romp and, okay, I’m shallow: They had me at the opening number, where Abhishek is riding the front of a train and thrusting his pelvis. Need I say more?

Man, now you are so cool you can be watching the real Bollywood estuff.

Sholay (1975)- If I didn’t mention Sholay, I think they would strip me of my Indian heritage. A classic homage to spaghetti westerns and buddy movies, Sholay is the cult film, the movie that cemented actor Amitabh Bachchan as India’s ambassador to the cinematic world and earned him his spot at Madame Tussaud’s. Amjad Khan’s Gabbar Singh is probably the most quoted Hindi villain of all time. It’s an epic that has it all: humor, angst, a cabaret number from the era’s goddess of dance, Helen, and even some of that unintentional gay mountaineering.

Dilwale Dulhania Le Jayenge (1995) – Known as the highest grossing Bollywood film of all time, this is the movie that launched actors Kajol and Shah Rukh Khan into superstardom. Most people love it because the music is gorgeous, the visuals are lush, and it bridges the gap between old school Indian culture and a culture more influenced by the West. Kajol and Shah Rukh Khan have chemistry in spades and, if I had my druthers (which I do), I’d actually suggest 1998’s Kuch Kuch Hota Hai as a better vehicle for that chemistry. I’ve converted a few Amrikan friends with it and it’s just a more evenly balanced, tighter film than its predecessor. As a bonus, there’s some seriously hot singin’ in the rain and, no, Kajol doesn’t wear white or yellow: She wears red! Va-va-voom!

Where are we to be finding these flims?

Often times, your best bet is to order directly through the production company. You’ll find Bunty Aur Babli, Dilwale Dulhania Le Jayenge, Kuch Kuch Hota Hai, and Neal ‘n’ Nikki at YashrajFilms.com. For your other Bollywood needs, IndiaPlaza.com is an American online store that caters to NRIs (Nonresident Indians), but be warned, if you stop ordering from them, they will call you relentlessly to get you to come back. You can also try your luck at Amazon.com.

If you have linguistic concerns, these days all Bollywood DVDs come equipped with subtitles (though sometimes things just get lost in translation). However, you’ll have to provide your own mango lassi, samosas and esense of adventure!