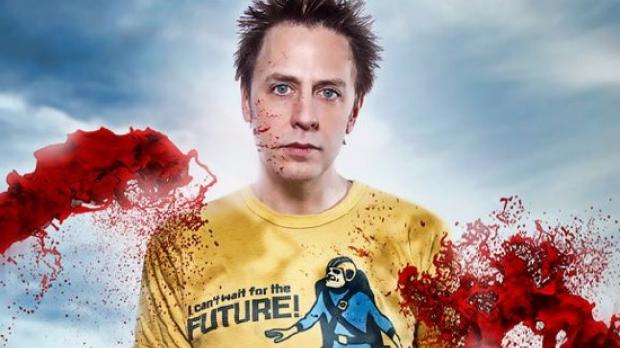 James Gunn is a very busy man. He’s pimping out PG-Porn on Spike and tonight, Scream Queens, his new show on VH1 premieres. This time, the Slither director takes on the role of judge as ten women compete for a starring role in the next SAW movie.

He talks to PopGurls about the show, what makes a good Scream Queen and what’s needed in the horror genre today.

Tell me about Scream Queens.

Scream Queens is a reality show where we take ten women and put them in a house together. They’re all actresses or wannabe actresses – varying levels of experience there was one who had starred in TV shows and another who hadn’t ever taken an acting class in her life.

It’s hosted by Shawnee Smith of the SAWmovies, myself and John Homa who is a well-known acting coach in Los Angeles. We put them through challenges every week and try to find the person who’s the best star of a Lionsgate horror movie. That’s the prize that she wins.

It is a reality show – they live in a house together and it has that part of it, which I wasn’t familiar with while I was doing the show because I was intent on picking the best person for the movie. But since then, I’ve seen the show, and it’s very interesting to see what was going on with them while they were living in the house.

So you didn’t know anything that was going on?

Every week we’d do a director’s challenge, which was anything from taking a bath with a rubber snake and having to act frightened to crawling through fake broken glass and being chased by a villain — to being covered in cockroaches.

Yes. Absolutely real. Pouring from the ceiling – a thousand cockroaches.

Wow. Do you like to make all of your actresses cry?

Only my Scream Queens (laughs) I think only one didn’t cry.

How did you approach the judging?

For me, it came down to acting more than anything else. To be a Scream Queen in the tradition of Jamie Lee Curtis, Sarah Michelle Gellar, Naomi Watts – we were looking for someone who, number one, could really act. Number two, could hold the screen well – somebody who had charisma that you want to watch for two hours. But also somebody that has a vulnerability that you are afraid for her in a horror film. We put ourselves in that person while we’re watching the movie – so, will you be afraid, will you believe that she has enough strength to survive to be in the end what they call the “final girl.” And so, we’re looking for that balance.

We had a lot of girls who had different aspects of those strengths – but I think that there was one girl who had all of that and that’s who we chose at the end of the show. I’m real happy with it – I think we found a couple of real stars.

What surprised you about the show?

It really is different from other VH1 reality shows and I hope there’s an audience for it because it really shows what goes on behind the scenes when you’re making a movie or a TV show, but it’s fun to watch. Part of it is the horror movie aspect of it – the cockroaches and gore and all these different things make it fun.

What do you wish that more people in the horror genre would do?

The first thing that popped in my head is just take chances. There’s a big onslaught of horror movies a couple of years ago and that was because a couple of people did take chances and everybody else just copied them. SAW and Hostel came out and a lot of people hate those movies, but the truth is that they were different from what was out there before them. I don’t hate those movies, I like both those films and I like both those filmmakers as human beings quite a bit. But then everything that came out [after them] was just copying that and trying to be the same.

It reminded me of when Nirvana came out. You have this great rock band and people love it and Pearl Jam came out, and they’re kind of like Nirvana and they’re pretty cool – great music, great singer and then it keeps going and going and going until you have Candlebox. It’s like a copy of a copy of a copy and it’s the worst band in the entire world. That’s what happens with movies, with everything.

What people were attracted to in SAW was that it was a unique vision, it was an interesting idea and that’s why people went to see it. And it’s not very violent at all – if you rewatch the first movie, people think of it as violent but it’s not. It’s 100% ideas. And James Wan, the guy who directed the first movie, freaked me out once because I was talking to him about something and he was like “Uhh, I can’t stand gore, I hate it.” And there is no gore, it’s all the idea of something – not the actuality of it.

Everything’s a retread of something else – I think it’s great to remake movies if there’s a real solid reason to do it but usually there isn’t. It’s just a piece of business – somebody is remaking a movie just because they think it’s going to make money in a theatre, which it usually doesn’t.

I thought The Hills Have Eyes was great. [Alexandre] Aja is a very talented filmmaker, the acting in that movie was fantastic — which set it apart from a lot of other movies. I don’t think it was a perfect movie, but I think it was very good. It is my favorite of the remakes.

If you’re hesitant about remakes, what inspired you to do Dawn of the Dead?

Simply, the producer called me up and said, “do you think that you would be interested in remaking Dawn of the Dead and if you are, I’ll buy the rights.” So, I said, “okay” — because it just instantly came to me – the vision of this movie that was a horror movie that wasn’t a horror movie. It was about people surviving Armageddon – who would survive and who wouldn’t. The people who would do well in this situation are the people who didn’t do so well in life. The skill sets needed to survive in a post-zombie apocalypse are very different than the skill sets needed to survive in Manhattan. That really inspired me – it could be a big movie.

Have there been other movie you want to remake?

I’ll be honest, I tried to get the rights to It’s Alive a few years ago. Larry Cohen — who I love dearly, who created the original movie — and I couldn’t come to the right deal so it didn’t happen. And now there’s a terrible, terrible, terrible movie coming out called It’s Alive. (laughs)

But that’s the only other one that I was interested in.

I actually think that Naomi Watts in The Ring is one of my favorites. I don’t even love that movie, I love how it looks. I love her in the movie – I think she’s the pinnacle of combination of somebody who is a great actress, is very beautiful – very vulnerable but also strong.

She, for me, is the best scream queen there ever was.

Get all things James Gunn at his official site.