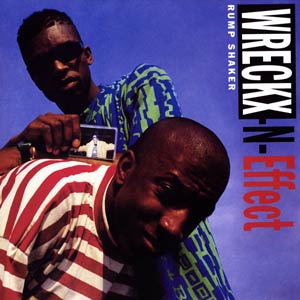 For some people there is a certain piece of music that will forever typify a specific moment in their life. It can be years, even decades later, and a familiar chord progression will sound. Before you even realize it, you’re singing along, transported to another time and location, seeing the past more tangibly than the present. Or, without warning, you’ll be waiting for the light to change and inexplicably feel a particular sense of anticipation or regret or loneliness, and only later will you realize that as you were standing on the street corner, a car passed with the windows cracked and it was a song from the summer after sixth grade, when your best friend moved away.

This song will forever send me back to my senior year of high school. We had an open campus and were driving everywhere we could, usually with the windows down and the bass way, WAY up. We knew things were about to change, and oh, were we ready for it. But for the moment, we were also the queens of our own little universes: we might not know yet exactly where we were going but we were sure that we were, and in the meantime, we were going to enjoy ourselves, dammit.

“Rumpshaker” is what I would classify as Detroit Booty Rap, despite the fact that to my knowledge, Wrex n Effex is not a Detroit group. They’re not really an anywhere group, anymore. Sad. This means it’s got heavy bass, catchy-but-highly-repetitive lyrics, and not exactly sky-high production quality. To quote Sticky Fingaz of Naughty By Nature, “Everybody wants to sound grimy.” Tag Team’s “Whoomp, There It Is” would be another fine example of DBR although they are yet another non-Detroit group. Hmm. This is the type of song that works really well with the bass in your car’s system cranked to the point of distortion, windows down, rolling down whatever your local strip is on a Friday night, your girls bouncing along in the back seat. At least one item of spandex clothing is also helpful. Semi-skanky boy with gold trophy-chain grinding you from behind is optional.

The lyrics of the song are…nonsensical. Highly. But in the good way; the way where you find them sticking in your head days later, sneaking out involuntarily into your English final exam. Example: And since you’ve got the body, yo Pierre, come and get the award. Here’s a hint, it’s like a long, sharp sword. Um, “Pierre”? You’ll learn them faster than you think, though. And there’s no sitting still by the time it gets to the chorus: All I wanna do is zooma-zoom-zoom-zoom in a boom-boom. Just shake your rump!

I first downloaded this song when there was the very first real possibility of a Napster shut-down. As in, hours before the judgement was supposed to be handed down. And everyone who had it was on 56k modems!

Despite my T-1 lines at work, I was getting download times of over an hour. On three different occasions, I was mostly done, when the evil sadists I was downloading from would log off. Poor Amy had to suffer through AIM conversations peppered with tangential, unprovoked expletives.

Finally, three hours later, I achieved success and was at long last able to hear those immortal words.