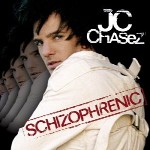 Having been largely ambivalent toward *NSYNC during their 90s heyday, JC Chasez’s recent solo release is less to me a continuation of a career closely followed, than it is a chance to get a better taste of an intriguingly diverse and talented young artist who has recently recorded some cool tracks with BT and Basement Jaxx. To be frank, I’ll admit that I expected to find a few listenable tracks and a lot of filler; fodder for the used-record-store pile. Much to my delight, the reality is quite the opposite.

To begin with a broad generalization, Schizophrenic is an immensely listenable collection of well-crafted pop tunes. More specifically, this is a varied collection of pop tunes in a variety of styles that indicate that the artist is able to draw from an extensive vocabulary of contemporary pop styles without losing the game by merely imitating – like certain other former boyband singers have been known to do. Not that I’m naming names, mind you.

Much of the press given this album so far has been over-concerned with comparing Mr. Chasez to one artist or the other. In truth, it is fair to remark that he wears his influences on his sleeve. 70s R&B, catchy 80s electro-pop, white boy reggae rock anthems and power ballads are all in evidence here, to one degree or another, which gives him a generous palate to work from; one that in less competent hands could equal an unseemly aural mess.

Thankfully, due to JC’s limber vocals and some very talented producers, the album swings from mode to mode without a blink or a shred of self-consciousness. From the deep-in-clubland jaded gloss of the opening track, “Some Girls (Dance With Women),” we are then propelled down the Pacific Coast Highway, top down, with the breezy, acoustic guitar shuffle of “She Got Me.” That gives way to the nasty retro funk of “100 Ways,” which tumbles into the bubbling electro-dub of “Mercy”… and so the album goes.

Well, no. To be honest, from there the album slams into one of three ballads that sound very like those he sang with *NSYNC. If you loved his *NSYNC balladry, then these will delight you. They are well-written and certainly brilliantly produced, and JC deploys his lovely voice with great passion. Myself, I’m not a ballad fan, so they slow the pace a little for me – to be exact, they slow it down as long as it takes me to hit the forward button. As I said, very well done, but as Amanda has said before, they’re “kinda schmoopy.”

Elsewhere, there are some excellent dance floor tracks that are certain to dominate every Spring Break DJ’s playlist. In particular, the fantastically anthemic, fist-pumping, “All Day Long I Dream About Sex,” which will have the whole club chanting along for sure. The production is pure 80s dance mix – so dead-on, in fact, that during the instrumental break, I actually checked to see if my iPod hadn’t spontaneously tripped over into some forgotten and obscure Depeche Mode remix.

Definitely worth a mention is the surprisingly rockin’, “If You Were My Girl” where… Okay, I said no comparisons, but I can’t help it: JC can squeal just like Robert Plant, which I think is kinda cool! You’ll also enjoy the decidedly funky bounce of “One Night Stand,” wherein JC manages to weave in riffs from classic hits like “Cruisin'” or Donna Summer’s “I Feel Love” without sounding self-conscious in the least – not an easy feat.

I know the album’s title was an allusion to the varied nature of the music therein; however, then it would be correctly titled Dissociative Identity Disorder. Didn’t JC pay attention in Psych 101? Somehow, that’s just not as catchy, is it? Luckily, though, the album itself is as catchy as it wants to be. I hope what we have here is chapter one in a very talented and varied artist’s career. I can hardly wait for chapter two.

Go. Buy. Now. But then, if you are reading this, then chances are you already have. In that case then, by all means turn it up!