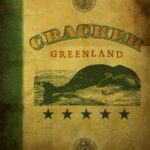 Anyone who remembers when alternative really meant alternative, they certainly know Camper Van Beethoven. They were a mainstay on MTV's 120 Minutes with videos for "Pictures of Matchstick Men," "Eye of Fatima Pt. II" and, of course, "Take the Skinheads Bowling." Their self-described "surrealist absurdist folk" gave way to straight-forward rock when the band disbanded in 1990, … END_OF_DOCUMENT_TOKEN_TO_BE_REPLACED 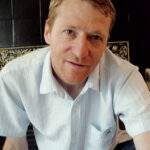 Natalie Portman's character in Garden State may try to convince you that The Shins will change your life, but it was David Lowery who changed mine. Back in 1989, I became pretty obsessed with Camper Van Beethoven's record, Key Lime Pie, after seeing their video on 120 Minutes. There was nothing like it on the pop and classic rock radio stations that streamed their way into my … END_OF_DOCUMENT_TOKEN_TO_BE_REPLACED