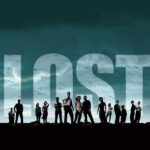 Hot on the heels of a jaw-dropping character death and mere weeks away from its three-hour, two-part finale, Lost fans, cast and crew gathered in Los Angeles on April 16 for Destination: L.A. The event was a fundraiser for the Children's Defense Fund of L.A., a charity near and dear to co-creator J.J. Abrams' heart. Auctioning off such items as cast-signed scripts and lunch … END_OF_DOCUMENT_TOKEN_TO_BE_REPLACED