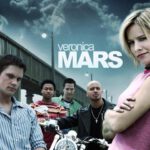 For those who haven't yet heard it shouted from the rooftops, Veronica Mars has been renewed for a second season. It's an unprecedented move for UPN to renew a show so early, much less one with such dismal ratings. But it's to UPN's credit that they've listened to not only the critics in their raves aboutVeronica Mars, but also to the fans who have been relentless in their … END_OF_DOCUMENT_TOKEN_TO_BE_REPLACED