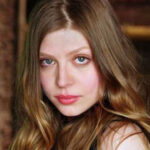 Dead Lesbian Cliché? In spring 2002, the Internet was all aflutter with the rumor that Amber Benson's Buffy the Vampire Slayer character, Tara Maclay, was to be killed off on the series. Now, for those of you who don't follow the trials and tribulations of Sunnydale's resident Slayer, you were mostly likely unaware of the hullabaloo. And even if you had stumbled across it, … END_OF_DOCUMENT_TOKEN_TO_BE_REPLACED