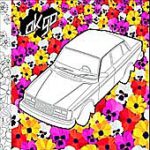 The first time I'd ever heard of Ok Go, they were on stage with the 'This American Life' tour at the Town Hall in New York City. Ira Glass deemed them his favorite boy band and mentioned that they were ripe for the pickin' of any lucky record label. A couple of years later and they've got an appearance on Conan O'Brien, a video in rotation on MTV2 and a major label release with … END_OF_DOCUMENT_TOKEN_TO_BE_REPLACED 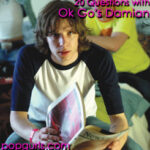 Secret agents, National Public Radio and Cheese-Whiz... OK Go's front man, Damian Kulash, took some time off his busy schedule to do up a little 20 questions for the PopGurls. 1. Do you think a secret agent can survive with only a sassy roundhouse kick alone? What would you suggest she have in her arsenal? For a secret agent to survive, her roundhouse kick must be anything … END_OF_DOCUMENT_TOKEN_TO_BE_REPLACED