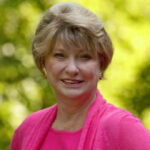 Janet Howell quickly went from Virginia State Senator to viral celebre on January 30, when she made the bold move to add a floor amendment to a bill requiring women to undergo an ultrasound before having an abortion. Her amendment to the bill introduced by Sen. Jill Vogel, would require a digital rectal exam and cardiac stress test for any man before they could receive erectile … END_OF_DOCUMENT_TOKEN_TO_BE_REPLACED 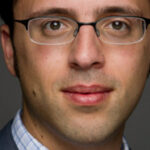 Pandagon’s Ezra Klein has a thing about campaign strategies and the number of times President Bush mentions Al Qaeda in his stump speeches, but what we really love is his penchant for breaking down the polling numbers for us. And even though he’s being modest about how important that task can be for us non-“polinerds” in the audience, we would never kick a man out of bed for … END_OF_DOCUMENT_TOKEN_TO_BE_REPLACED 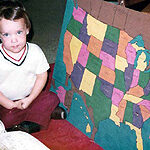 It's just a little over a month until the 2004 Presidential election, do you know where your vote is? We sure as hell hope so. In one of the most heated election years in recent memory, every single stinking vote counts. Along with several million other folks who prefer to get their political news from entertaining sources, like The Daily Show's Jon Stewart (whose publicist … END_OF_DOCUMENT_TOKEN_TO_BE_REPLACED 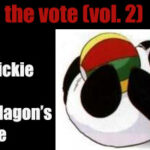 It's less than a month now to the big Bush-Kerry face off. And as extremely important as it is to be registered, it's FAR more important to educate yourself on the issues. And even more important that that? Actually voting. In PopGurls' second installment of Pop the Vote, Pandagon.com's Jesse Taylor gives you several good reasons to get out and vote. A former Limbaugh-lovin' … END_OF_DOCUMENT_TOKEN_TO_BE_REPLACED