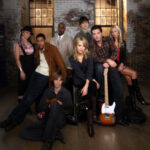 When I sat down to write the recap for Instant Star Season One, I was filled with the passion of a new fan, one who has gobbled up an entire season of television in just a couple of sittings, one who wants to tell the world about the gem she's found. As I sit down to write this recap for Season Two, it's with the knowledge that it's going to be a long row to hoe for my favorite … END_OF_DOCUMENT_TOKEN_TO_BE_REPLACED 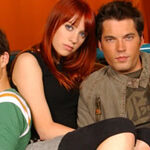 I am so over apologizing for the fact that I enjoy entertainment that my peers think I'm too old for. It just takes too much energy to pretend that I'm loitering in the young adult section of the book store looking for a gift for my kid sister (eventually I'm going to be old enough to claim I'm there for my own kid, which is scary), or that I'm still paying attention to the … END_OF_DOCUMENT_TOKEN_TO_BE_REPLACED