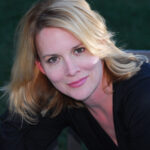 Early in her acting career, Laurel Holloman honed her skills on Chicago, New York, London and Los Angeles stages. In 1995, she kicked off a successful film career with her breakout role as baby butch Randy Dean in The Incredibly True Adventure of Two Girls in Love. Nearly 10 years later, she took over the small screen in Showtime's lesbian drama, The L Word. As Tina Kennard, … END_OF_DOCUMENT_TOKEN_TO_BE_REPLACED