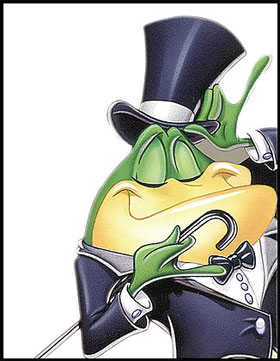 When they announced the merger of The WB and UPN, I was surprised but gave it little thought. I knew both netlets had been struggling with ratings, and a joining of the two for a potentially competitive network made decent business sense, even if it came with a crappy name: The CW.

But it wasn’t until The WB signed off with a five-hour block of pilots — Felicity, Angel, Buffy and Dawson’s Creek — that I realized what this meant, and how this, as cliché as it sounds, is truly the end of an era.

Like a lot of people I know, I love television. I’ve been a fangurl since Sesame Street, The Facts of Life and Knight Rider. (Yes, I was smitten with Michael Knight. I wanted to be his mechanic, April. I also wanted to be Amy, the chick from The A-Team… Face was supercute, people.) But it was when I discovered The WB that I realized what it was to truly anticipate an upcoming episode. To have those giddy shakes on a Tuesday night because there was a new Buffy, or to turn off all the lights, curl up on my bed, cell phone in hand (to call Amanda during commercial breaks) while the Roswell episode “Heatwave” played and… my god, was that opening scene hot. The only time I’d felt this passion before was during the all-too-brief run of My So-Called Life.

But The WB was more than its shows, even more than the “music you just heard” brilliant marketing scheme that has been adopted by so many channels that you don’t even notice the blatant band promotion anymore. It gave us teen angst junkies a permanent home nearly every night of the week. There was a serious amount of time when the only channel I’d dedicate myself to was The WB. I knew what day it was by what was on that night — Roswell, Popular and the aforementioned shows. And I loved, loved Grosse Pointe, the overlooked and underappreciated, yet delicious tongue-in-cheek look at life behind the scenes of a television show that aired on a fictitious version of The WB itself.

Without The WB, there’d be no snark. Of course, it would exist but — just a few years ago, people would ask me what the word meant. Now no one blinks when I say something is lacking in snark. Joss Whedon and his writers brought the snark in spades — rewatching the Buffy pilot made me realize just how much of it is not only quotable, but also in my daily speech. Point me to another show that’s on air right now that is as infectious — a difficult task, indeed.

The WB reminded the television industry that not everything teen related had to be a “very special episode,” and that the audience had very expendable incomes. Roswell brought back the mall tour, last seen with the previous incarnation of teen angst, Beverly Hills, 90210. Remember the Roswell Levi’s campaign with gorgeous photography, for which we rushed out to buy the magazines? And there was the Maxim photo shoot with Katherine Heigl — all you Grey’s Anatomy latecomers, we loved her first, in all her Isabel Evans glory. I think Teen People stayed afloat in the early years simply from revenue generated by The WB stars’ photo shoots.

And The WB brought us pretty, pretty boys. Sometimes we mused about lawsuits, that the channel had given us unrealistic expectations of what we should expect in a boy — a perfect mix of Xander Harris, Pacey Witter, Noel Crane and Harrison John, with dashes of hero-complex Max Evans and bad-boy Michael Guerin. I still have a hard time assessing ages — thinking that any guy up to age 30 should still look like he can play a teenager on The WB.

I’ve read a few comments lately about how The WB changed people’s lives. Is that possible — a television channel having that much impact? Most definitely. I caught an episode or two of Buffy on my crappy, tinfoil-laden antenna TV at college, but it was the next summer, when The WB played Buffy repeats on Monday and Tuesday, then started Dawson’s Creek the following fall that I was hooked. I still had my post-graduation ennui and my broken, My So-Called Life-loving heart fell in love with television all over again. I found The Bronze, the famed BtVS posting board, and six months later, flew across the country to meet people I’d only posted to before. (It wasn’t my first online outing, the first Vulgarthon burst my cherry.) From my love of Willow and Xander, I discovered fanfiction and wrote my own — strengthening my confidence in my writing. That continued on with Roswell, which I still maintain had some of the best fanfic, the best writing in general, that I’ve read in any fandom. And, of course, had it not been for my progression of show to Bronze to making good friends, PopGurls.com would not exist.

I don’t watch The WB as much anymore. I’ve stayed with Gilmore Girls through the run and I’m actually quite looking forward to the new season with a new showrunner at the helm. The Supernatural boys hooked me midway through the season, and I’ll follow them both, along with Veronica Mars to The CW.

The September 17th retrospective was a nice way to bow out, but I couldn’t help but feel like something was missing. The promised promo campaigns, for which I had mainly tuned in as I own the DVD sets of the shows aired, were barely sprinkled in. And there were far too many faces repeated in the four spots, and some blatantly missing shows like Popular and Roswell — c’mon, for the cases and cases of Tabasco sauce ALONE, they should have been featured. I would have liked to have seen more people, different imagery and maybe some random outtakes or Upfront presentations. I would have loved to see an interview with “The WB Promo Guy” — who was part of The WB branding as much as the shows were. Tell me you can hear his voice and not think of a wildly misleading promo, or that a new episode was about to begin. The WB went out with class, but for the fans that have stuck with the network for so many years, we deserved a bit more.

It was at the end of the five-hour pilot repeats, the final promo and the bowing silhouette of Michigan J. Frog that I finally got it, and I finally felt it. This defining feature of myself no longer means anything, almost like a citizen of a renamed country. It’s over, and no matter how many times we watch the DVDs, that time and space is gone and truly, I’m a bit sad about it.

Felicity‘s series premiere promo campaign blasted Madonna’s “The Power of Goodbye” all summer long. The theme song was eventually changed to “A New Version of You.” Time will tell if The CW helps create a new version of us, shapes our memory and experiences like The WB — I’m guessing not, because it’s hard to recapture that magic, but I’m willing to give it a try. But when I finally get rid of all my VHS tapes with the first airings and original promos… that’s when I’ll finally be ready to say goodbye.