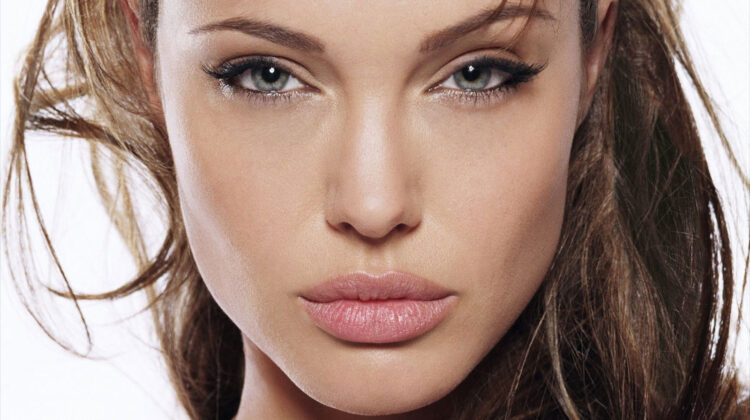 We all know what constitutes sexy – our society spends much of its time flaunting sexy at us from singers to actors to commercials to models to movies. Sexy is short skirts and tight tops and naked flesh and words that get bleeped on everything but HBO and Showtime.

Except, well, it’s not. Over the past few months, I’ve found myself reevaluating all the things I think are sexy. And, sure, those things fall in there. I mean, I’m human. I’m going to look at Patrick Dempsey all half-naked on the cover of People and say “Mmmmm.” But what I’ve found lately is that sexy isn’t what sexy looks like. Sexy is what sexy does…and doesn’t.

I thought for a long time about what I think is sexy and once I got past staring at pictures on the internet, I realized that the movies and shows I watch and the relationships I care about aren’t ones that focus on the sexy so much as the sensual, the subtle, the promising, the anticipation. Sexy is about the build-up.

Sexy is. And yet, there are things that are what sexy is about. In the interest of scientific research and such, I’ve made my way through my library of TV shows and movies and books to further define the elements of sexy that make it what it is, that take it from a concept to something given form. These are the things that take an ordinary person and, for a miraculous instant, make them a force to be reckoned with.

I’m not saying these five things will get you on the cover of your weekly tabloid magazine as the “New Brad Pitt!” but they are things that everyone can do, everyone can employ to make themselves and their intended other feel imminently sexy, wanted, desired. And really, that’s all we all really want, isn’t it?

There is nothing sexier than the Lean. The Lean, when used effectively, conveys more than words ever could. The Lean is about breaking into someone’s personal space slowly. It’s about insinuation and bypassing defenses. The Lean conveys wanting without touching, it conveys need without aggression. The Lean is slow and easy like a caress that never touches you. The Lean, when done right, when done well, steals your breath away. The Lean parts your lips for the kiss that doesn’t always come because the Lean isn’t about taking. It’s about wanting.

Best Representations of The Lean

There are a hundred different names for this look, from simply The Look to more graphic descriptions, but basically it’s that hot, sultry, knowing look that tells you exactly what someone would like to do to you if they had a few moments of your time. The Look lights eyes like a flame. It’s not that “love at first sight” thing, with angels singing and soft focus. It’s that “eyes meet across the crowded room and then you’re stripping each other’s clothes off in the coat room.” The Look is lust in a glance. It’s eyes that see right through you to what you want and need, even if you don’t know it yourself.

Best Representations of The Look

Both Angelina Jolie and Catherine Zeta Jones are prime examples of women who tell you very clearly with one look what’s on their mind – and most of the time, it’s not knitting. They exude appeal based on a smoldering gaze alone, their eyes telling you everything you need to know, promising so much with a glance and a sly, knowing smile.

And the smile is all important in that it tells you more about the man than you’ll get from his eyes. The eyes make promises. The mouth and smile lets you know exactly how he’ll carry them out. There are different types of smiles – wide and hungry and aggressive, slow and sly and smirking. Men who smile, men who laugh, men who know humor know sex, know how to have it, how to make it fun.

Best Representation of The Smile

Lately, I’ve found myself watching some period dramas – Regency era stuff as well as some noir, and the key to sexy in those things isn’t what you see or hear. It’s what you don’t see and hear. It’s the words they can’t say, the things you can’t see.

First there are the costume dramas – In such things as Pride and Prejudice or Emma (or Sense and Sensibility or Horatio Hornblower or Vanity Fair or An Ideal Husband) there are layers and layers of clothes – corsets, doublets, waistcoats, breeches, stockings, slips, petticoats, hats, gloves, suits, ties, hell – even an ascot or two. But that allows for the focus to fall on the seemingly innocent, to make something that is normally forgotten the subject of intense scrutiny, the repository for sensuality.

To put it in a more contemporary context though, let’s look at Playgirl (No! Hush! I have a point!). When “stars” are in Playgirl, they usually don’t do the full spread. Men, whether they admit it or not, intrinsically know that their boyparts are rather comical looking. So they pose with their shirt off, jeans unbuttoned and/or partially unzipped. They give you the hint of what’s to come. Or a man who will wear and opened shirt and jeans or slacks and be barefoot. There’s comfort and familiarity and yet it’s tinged with danger. Promise.

Or, perhaps the best example of all – look at George Clooney in a tux. Mind you, he’s a good looking man all the way around, but you put him in a tux, almost the most clothes possible for a man, and he’s sexier than he could ever be naked.

The heyday of the entendre came back in the age of noir where dames had legs that disappeared into tight skirts and hats that covered their cunning and conniving glances. No woman was to be trusted, and not just because she’d just as likely get you killed as anything else. No, the real reason to watch out for them was that everything they said meant something else, and our smart but rather dim-witted heroes never quite seemed to get that. I mean, you can believe that wise, kind, sweet Fred MacMurray fell prey to Double Indemnity because she was promising him sex and money, but the truth is that Barbara Stanwyck snowed him under with words that meant everything she wasn’t saying.

Best Representation of The Double Entendre

5. Moving in for the Kill

There is a moment in every love story where the first kiss happens. Sometimes it’s an accident or a hurried, painful thing. And sometimes – the best times – it’s something much, much more. It’s slow. It’s deliberate. It’s eyes meeting. It’s moving in so slowly it’s almost imperceptible at times. It’s breaching personal space. It’s eyes darting from eyes to lips and back again. It’s looking and wanting and telegraphing your intentions with every quick glance. It’s lips parting and tongues sneaking out to wet them. It’s the corners of the mouth curling up in the promising hint of a smile. It’s exhalations of pent up breath, caught in your chest on the anticipation. It’s tilting heads and noses touching, nuzzling. It’s shivering with nearness and desire and want. It’s pausing just before the lips meet, prolonging it just a bit longer to relish the moment before it all descends into that first, perfect kiss.

Best Representations of Moving in for the Kill

But, in the interest of being fair, I thought I’d mention a few scenes someone other than my friends have seen so I give you two other moments in television in movie history that nail the spirit, if not the letter, of the law:

Now, here’s the true secret to being sexy – whether you’re young, old, short, tall, fat, skinny or anything and everything in between – attention. Pay attention to the person you’re talking to, flirting with. Keep your eyes on them. Make them the only person in the room, the only person in your universe. Make every smile, every gesture for them, and they’ll be putty in your hands. Every one of these steps is something easy and simple that everyone can do (even the clothes – you talk to someone and bring your fingers to the button of your shirt, and their eyes will follow, and they’ll end up thinking about what those buttons hide).

Every girl and every boy wants to be the only person in someone’s eyes. Make them that and even Brad Pitt or Angelina Jolie or Halle Berry or Jensen Ackles will have nothing on you.

Though exceptions may have to be made for George Clooney.