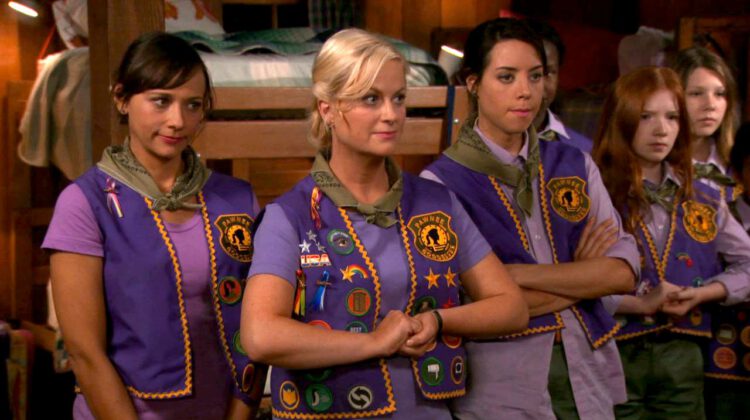 The thing about Parks and Recreation that’s stood out from the beginning — or, at least, since the show first hit its stride during the second season — is how great it is to its female characters. That’s pretty much the one bit of praise you hear applied to it over and over (as well as the whole “It’s really, really positive and unironic and enthusiastic” thing, which is just as accurate and very, very true). But honestly, when you say “It’s all about great female characters,” you’re mostly talking about Leslie Knope.

That’s not to say that April and Ann and occasionally Donna aren’t wonderfully written, well-developed, three-dimensional characters, because they are. But the thing about Leslie is that she doesn’t exist just as a “great female character.” She’s a great character, regardless of her gender — which just happens to be female. She’s smart and friendly and preternaturally good at her job, and she’s also a daffy local gay heroine who loves mini-horses and does not care for local television personality Joan Callamezzo. There are so many sides to her and so many different strengths and weaknesses (she’s good at hunting and surfing, but shovels sugar into her Frappucinos and can’t make small talk on a date!) and basically, she’s just a weird, quirky, totally three-dimensional gem.

But this isn’t about why Leslie is awesome. It’s about why her chemistry with Ben Wyatt is fascinating, and why it kind of subverts everything you’ve come to expect from relationships like theirs.

You know, it wasn’t that long ago that Ben was technically still kind of a jerk from the big city, hiding his cynicism behind his expensive sunglasses. And we’ve seen this plot a bazillion times, in Natalie Portman and Zooey Deschanel movies: The cynical dude who’s all “Bleep-blorp no emotions! Been hurt too many times! I am a feelings robot!” meets a charming little quirkmuffin who teaches him how to love and hope again, and then a song you’ve heard in an iPhone commercial plays. It’s hackneyed and boring and just as bad as those romantic comedies wherein Sandy Bullock and Katie Heigl play buttoned-up career women who just need a good boning from a carefree douchebag of a man to discover everything they’re missing in life. It’s just the other side of the same stupid coin, and on any other show, it would be so easy for Leslie and Ben to fall into the same trap. But you know why they haven’t (so far, knock on wood)?

What sets these two apart is that there’s no contrivance or immaturity to the way this relationship is being written. There’s none of this “He likes her but she’s so carefree that she made out with somebody else” bullshit. Ben likes Leslie and Leslie likes Ben and they can’t be together because of their boss, City Manager Chris Traeger’s stupid office policies, but that’s just how it is in real life sometimes — other people get in the way and there’s not much you can do for the time being. Also, can we talk about how this chemistry is the definition of a slow burn? There was a momentary spark during the first episode, but the way the writers have chosen to play out this whole long period of the two of them getting to know each other and working together and developing this grounded friendship outside of the fact that they’d clearly rather be jumping each others’ bones… that’s realism, right there. It’s just so ingenious and brilliant. And the other great thing that sets it apart from an Manic Pixie Dream Girl movie is that Leslie, unlike those quirky indie movie girls, is fully fleshed-out, rather than some hipster fantasy of a carefree, off-beat sunshiney blonde. It’s so refreshing and just wonderful.

Basically, my point is that the writing on this show is just really amazing. The way they’ve built up a truly wonderful main character who you root for and truly want to succeed, then introduced a potential love interest who’s so right for her in complementary ways… it all just warms the cockles of my mean old jaded Grinchlike heart. And if you’re still not watching it, you’re a moron and nobody likes you.

Parks and Recreation airs Thursdays on NBC at 8:30pm.