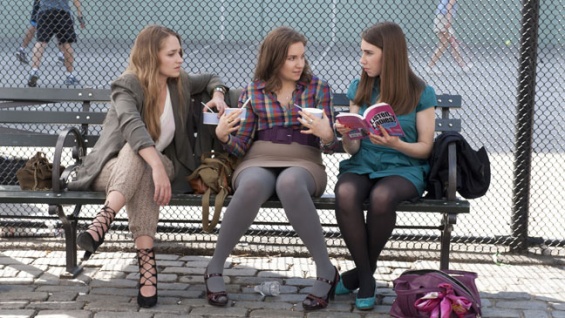 In the trailer for HBO’s Girls, Lena Dunham’s character, Hannah, tells her parents that she thinks that she might be the voice of her generation and then qualifies it with, “Or at least of a generation.” Similar expectations are being thrust upon Lena Dunham to deliver the sort of generation-defining television series that rarely graces our screens. Indeed, I am also guilty of – perhaps unfairly – placing these high expectations on Girls. I am not too worried, however, as I am confident that Girls will deliver on the hype surrounding its premiere. Since its debut at SXSW, the press has hailed the series as “a brilliant gem” and “beautiful,” while every media outlet has seemingly scrambled to get an interview with wunderkind Dunham, all of which has served to bring my excitement levels to an all-time high.

Having watched and loved her jewel of a film, Tiny Furniture, I was thrilled when HBO decided to pick up Girls to series. Then I saw the trailer and a whole spectrum of emotions were unleashed. This was the first time I had ever seen a show that seemed to speak directly to my experience as a young woman on the precipice of adulthood, busy doing unpaid internships and trying to figure out what the future holds. Dunham navigated similar terrain in Tiny Furniture and her character in that film was one of the first screen heroines I ever felt like I truly identified with. To see a flawed young woman presented in such a raw, honest, unflinching and frequently hilarious manner as she attempted to get her life together was such a welcome deviation away from the various female archetypes that typically populate film and television and signified the arrival of a fearless writer/performer in Dunham. And with Girls promising to maintain the same sensibility and follow a similar trajectory, I am absurdly excited.

Additionally, as someone who ranks her female friendships among the most important relationships in her life, it is refreshing to see a show shy away from the three guys/three girls dynamic established by Friends and instead feature four young women front and center. Of course, this will inevitably lead to comparisons being drawn between Girls and Sex And The City. But where the latter was undoubtedly a watershed television moment in terms of featuring four very successful adult women talk frankly and sometimes hilariously about sex and love, it was also more akin to a fairytale than reality. And that’s fine! But Girls, like Reality Bites and The Graduate, is eager to portray the less idyllic and more precarious experiences of the newly graduated twenty-something. And in this recession-tinged era where post-collegiate life seems more daunting and uncertain than ever, I am grateful to have a show like Girls on the air.